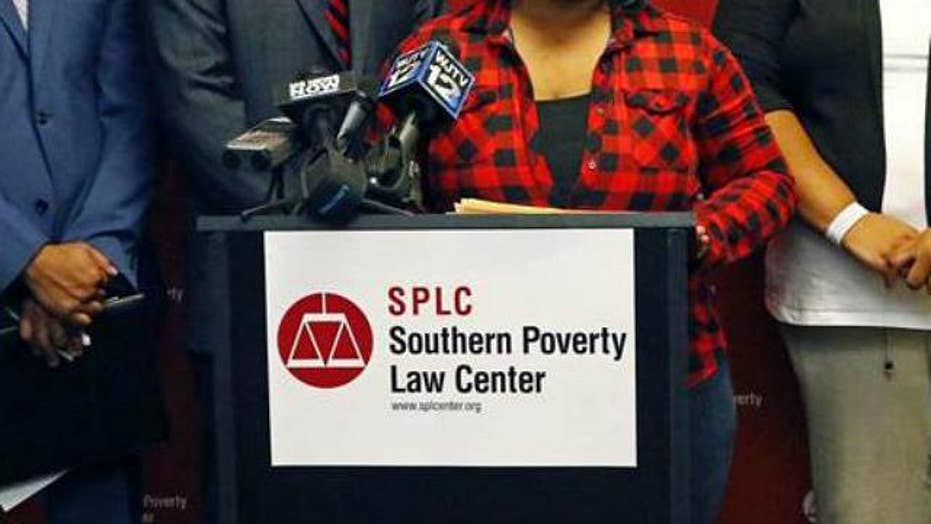 The Southern Poverty Law Center (SPLC) Union claimed that there is a racial disparity in the legal nonprofit's return-to-work policy and organized an employee protest Monday.

"Black women, many of whom have been working at this organization for decades in positions with little or no opportunities for advancement are four times more likely to be denied telework and/or remote work than white women and are seven times more likely to be denied telework options than white men at the Center," the SPLC Union wrote in a news release about the protest held in Montgomery, Alabama, on Monday.

The union said the event aimed to "protest management's forcing mostly Black women employees to return to the office while allowing the option of remote work for white and higher-paid employees."

"Seven of us who are among the most marginalized employees at Southern Poverty Law Center have processed over $200 million in donations over the last two years while working from home and now we are being mandated to work in the office every day," Lisa D. Wright, SPLC Union Bargaining Committee member and steward, said in a statement. "We should be trusted to make the decision that are best for us, our work, and our families."

"Staff in more highly regarded job classifications and who are higher-paid employees are being given the flexibility to work remotely, while women, Black, brown, and lower-paid employees are forced back into the office regardless of our work, our needs, and our advocacy for more inclusive treatment," Wright, who serves as corporate gifts coordinator for the SPLC, added. "Forcing employees back into the office isn't about collaboration or cooperation – this is about policing and surveillance of SPLC's lowest-paid employees."

Margaret Huang, the president and CEO of the organization, said the SPLC had created a flexible work model allowing staff in certain eligible roles to work entirely remotely.

"We have nearly 400 employees and have identified only 9% of employees whose positions require them to be in the office, performing activities such as processing legal mail and donor contributions," Huang said in a statement to The Montgomery Advertiser.

A protest attendee shared photos of protesting employees. "[SPLC] worker and [SPLC Union] member reminds us that mandatory return to office for *only* lower wage workers is a matter of policing and surveillance—issues that [SPLC] insists they fight against," the attendee wrote with a picture of a Black woman. She included the hashtag "#PracticeWhatYouPreach."

The SPLC specializes in civil rights and public interest litigation on various issues, including immigration, prisoner's rights, LGBTQ+ issues, and more. The SPLC has set important civil rights precedents, but in the past decade, it has faced a torrent of scandals, including claims of racial discrimination.

In 2019, the SPLC fired its co-founder, Morris Dees, in the wake of claims of racial discrimination and sexual harassment that traced back decades. Then-SPLC President Richard Cohen also resigned. The SPLC brought in Tina Tchen, Michelle Obama's former chief of staff, to perform an internal investigation, but the report has yet to be made public.

Amid this scandal, a former staffer came forward, claiming that the SPLC uses its "hate group" accusation to exaggerate hate in a fundraising scheme to "bilk" donors. Critics have long claimed that the SPLC brands mainstream conservative and Christian organizations "hate groups," placing them on a list and a map with truly hateful organizations like the Ku Klux Klan. The "Intelligence Project," the SPLC division that monitors "hate groups," began as a project to monitor the KKK and other White supremacist organizations.

Rockville Centre, N.Y.: On December 1, 2021, people attend a rally against hate on the steps of Central Synagogue-Beth Emeth in Rockville Centre, New York. The rally was in response to members of the the Proud Boys marching through their town a few days earlier.  ___ The 2021 Southern Poverty Law Center "hate map." (Photo by Thomas A. Ferrara/Newsday RM via Getty Images  |   Southern Poverty Law Center)

In August 2012, a terrorist targeted FRC in Washington, D.C, planning to shoot everyone in the building and smear a Chick-Fil-A chicken sandwich in each victim's face. The shooter opened fire, striking Leo Johnson, an office manager who successfully tackled him until police arrived, preventing the intended massacre. The shooter, who was sentenced to 25 years in prison on charges including terrorism, told the FBI that he found FRC on the SPLC's "hate map." The SPLC condemned the shooting, but it has kept FRC on the "hate map."

The SPLC has faced multiple defamation lawsuits over its "hate" and "extremist" labeling. In 2018, the SPLC paid $3.375 million and issued a groveling apology after branding Muslim reformer Maajid Nawaz an "Anti-Muslim Extremist." The Supreme Court is considering whether to take up DJKM's defamation lawsuit challenging the "hate group" accusation.

The SPLC did not immediately respond to an after-hours request for comment from Fox News Digital regarding the union's claims or the criticism of the "hate group" accusation.