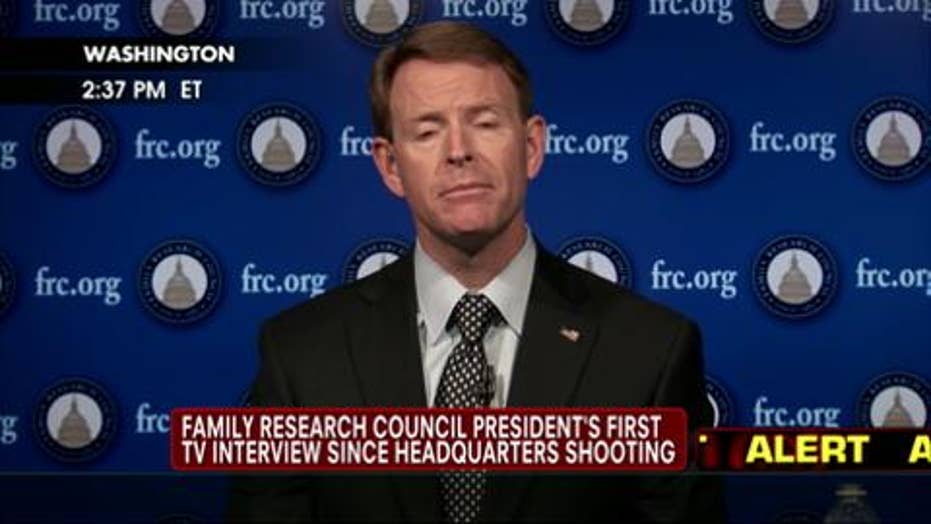 The left-leaning Southern Poverty Law Center has come under fire for its labeling of a Christian nonprofit organization -- dedicated to defending "religious freedom, sanctity of life, and marriage and family" -- as a hate group.

But the Alliance Defending Freedom isn't the only conservative, traditional-value organization the SPLC smears as a hate group. Fox News found at least six other groups that are conservative and explicitly nonviolent but branded as hate organizations by the SPLC.

The SPLC – based in Montgomery, Ala. – is a nonprofit legal advocacy organization specializing in civil rights and public interest litigation, dedicated to "fighting hate and bigotry and to seeking justice for the most vulnerable members of our society. "

On June 11, Attorney General Jeff Sessions gave a speech to members of the Alliance Defending Freedom (ADF), the religious freedom group, prompting some media outlets, like ABC and NBC News, to label the ADF a "hate group."

A number of the socially conservative organizations the SPLC labels as hate groups, because of their views on LGBT issues, have beliefs about such issues that are strikingly similar to those of the Roman Catholic Church.

The networks reportedly base that characterization on the assessment of the SPLC.

The SPLC list includes several genuine hate groups such as the Ku Klux Klan and Neo-Nazi and Holocaust denial groups. But the organization's list also includes many conservative groups that -- while socially controversial -- are peaceful organizations that say they do not advocate hate or violence.

A hate group, by definition, is one that promotes and practices hatred, hostility, or violence toward members of a race, ethnicity, nation, religion, gender, gender identity or sexual orientation.

A number of the socially conservative organizations the SPLC labels as hate groups, because of their views on LGBT issues, have beliefs about such issues that are strikingly similar to those of the Roman Catholic Church.

In addition to the Alliance Defending Freedom, the SPLC also includes these socially conservative groups on its "hatewatch" list:

-- Family Research Council, a nonprofit, charitable and conservative Christian group and lobbying organization. It says its mission is "to advance faith, family and freedom in public policy and the culture from a Christian worldview."

-- American College of Pediatricians, a socially conservative advocacy group of pediatricians and other health-care professionals. The group was founded in 2002 as a protest against the American Academy of Pediatrics' support for adoption by gay couples.

-- Family Research Institute, a Colorado-based, nonprofit that states it has "... one overriding mission: to generate empirical research on issues that threaten the traditional family, particularly homosexuality, AIDS, sexual social policy, and drug abuse."

-- Liberty Counsel, an international litigation, education and policy organization that says it’s dedicated to advancing religious freedom and protecting the sanctity of life.