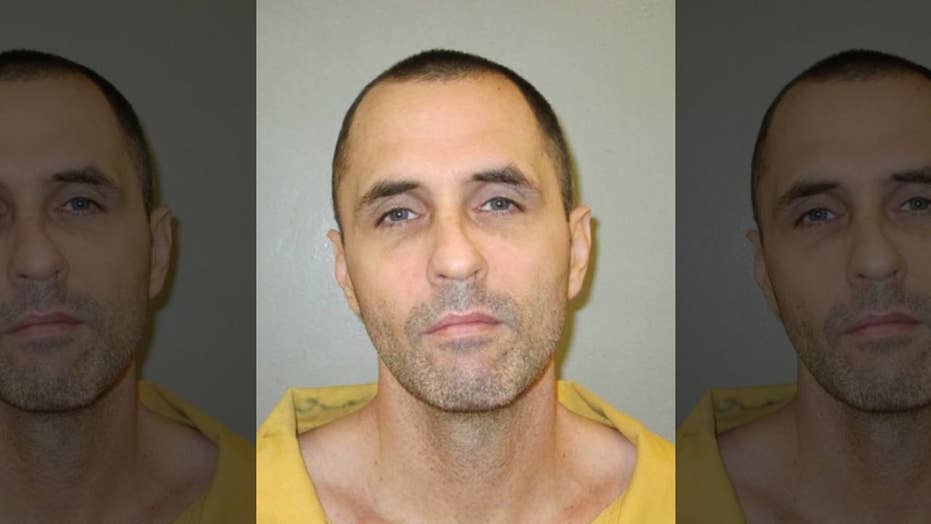 Law enforcement are looking for 46-year-old Jimmy Causey, an inmate that has escaped a South Carolina prison twice within the two decades

South Carolina investigators were desperately hunting for 46-year-old Jimmy Causey, an inmate who has escaped from a maximum-security prison for a second time -- and they're offering a reward for any information leading to his capture.

"Jimmy Causey is a very dangerous individual. He has demonstrated that by his crimes in the past," Richland County Sheriff Leon Lott told Fox News.

Details of Causey's getaway have not been released, but the sheriff added: "He sits in prison all day long trying to figure out how to escape."

Officials have been searching throughout neighborhoods surrounding the prison, a law enforcement source in Dorchester County told Fox News.

Causey was sentenced to life in prison in 2004 after holding attorney Jack Swerling and his family at gunpoint.

In 2005 he and another inmate, Johnny Brewer, escaped Broad River Correctional Institution by hiding in a trash truck and evaded police for three days before they were captured.

The State Law Enforcement Division is working with the South Carolina Department of Corrections Police Services and other law enforcement agencies to conduct the search.

Causey is six foot two, just over 175lbs with blue eyes, brown hair and a one inch scar on his chin.  Authorities warn the public not to approach him and to call 9-11 immediately.

In December, another inmate serving a life sentence escaped from a different maximum-security prison in South Carolina. Authorities said 47-year-old Michael Allen Williamson stabbed a police officer during his escape from McCormick Correctional Institution in the western part of the state. The officer's protective vest deflected many blows, but she was treated for two stab wounds to her arm and shoulder.