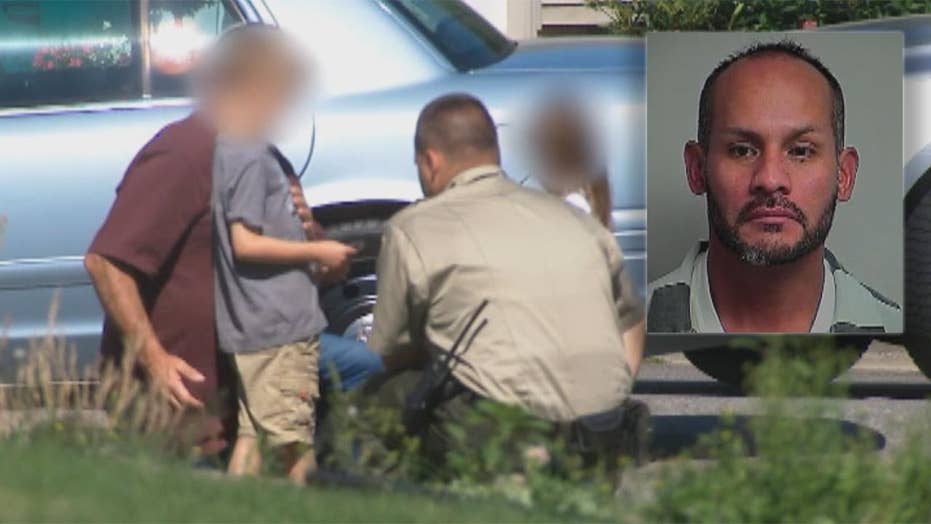 The 911 calls released Monday of a 2016 double-murder in Washington state reveal the horrifying moment a 7-year-old boy discovered his mother’s body and told a dispatcher: “Somebody killed my mommy.”

Daniel Kenison and Brenda Kolbert were found shot to death in their Spokane Valley home in August 2016, KHQ reported. On Monday, the Spokane County Sheriff’s Office released the 911 calls alerting authorities to the murders.

“Spokane 911,” a dispatcher says at the beginning of the call with 7-year-old Cooper Kolbert.

“Somebody killed my mommy,” Cooper replies. “Please come and call the cops and please come here.”

The dispatcher responds: “I will as soon as you tell me where you are.”

Gilberto Delgado, 44, said to be Brenda Kolbert’s ex-boyfriend, was arrested and charged in the murder of Kenison, the boy's uncle, and Kolbert. Cooper’s father, Lance Kolbert, told KHQ the boy was in his mother’s car in August 2016 when Delgado pulled up to their home and chased her.

“I listened first hand from Cooper everything that happened. It's horrible, but we got him,” Kolbert said.

Delgado walked out of the home a short time later and fled the scene. He was arrested the next day at a Taco Bell parking lot in Idaho.

Delgado is currently being held in jail on $1 million bond. His trial in the double murder is expected to begin in October.