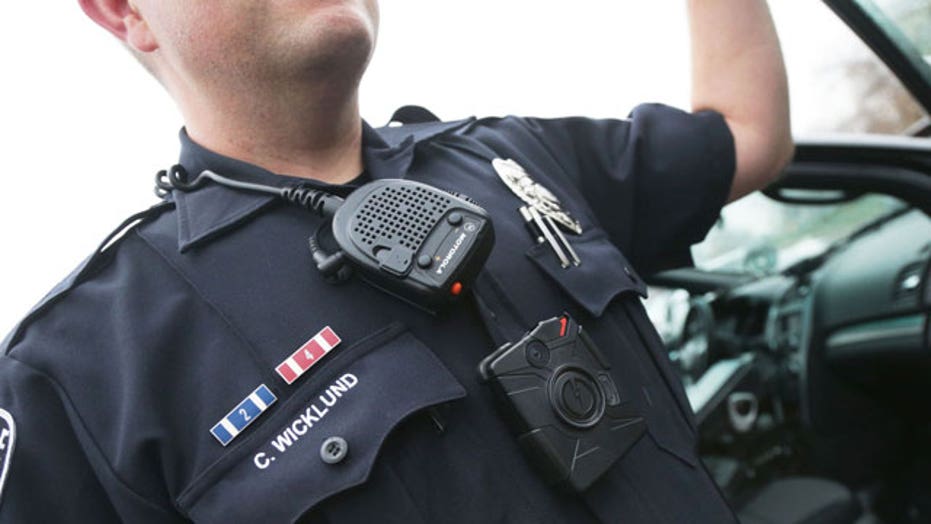 Should police officers be required to wear body cameras?

Hundreds, if not thousands, of Los Angeles County Sheriff’s deputies have been purchasing their own body cameras despite the agency still lacking a policy regarding the recording equipment.

The deputies say the devices offer them some reassurance on the job. But because the Los Angeles County Sheriff’s Department doesn’t yet have a policy in place for using the devices, it prompts some serious questions regarding transparency.

“It’s a recipe for disaster,” said Melanie Ochoa, a staff attorney with the American Civil Liberties Union of Southern California. “I would imagine officers would be quite willing to turn it over if it paints them in a good light, but what is the access if it does not?”

Without a policy, there’s no guarantee that the footage won’t be tampered with, or for that matter, even be disclosed to the public.

Nearly every large U.S. police department has a policy for officers who wear body cameras, and it has become somewhat common to see video from these cameras emerge — sometimes due to court orders — following high-profile shootings and other clashes.

Roughly 20 percent of Los Angeles County’s 10,000 deputies have bought cameras for themselves. Sheriff Jim McDonnell concedes that as many as 2,000 wear them on duty.

But regardless of how many deputies wear a body camera, not a single frame of footage has been released to the public.

A 2014 report released by the U.S. Justice Department and the Police Executive Research Forum advised police departments against allowing officers to use body cameras they purchased themselves.

"Because the agency would not own the recorded data, there would be little or no protection against the officer tampering with the videos or releasing them to the public or online," the report said. "Agencies should not permit personnel to use privately owned body-worn cameras while on duty."

"Agencies should not permit personnel to use privately owned body-worn cameras while on duty."

Some police agencies, such as a police department in northern Indiana, allow officers to buy and wear personal body cameras. But they have adopted policies that address transparency concerns.

In 2015, a video from a southern Ohio officer's personal body camera showed the officer pointing his gun, but not firing at the suspect who charged yelling, "Shoot me!"

The Los Angeles County Sheriff's Department is developing a policy that would set guidelines for deputies who wear their own cameras, though it's unclear when that policy will be approved and enacted.

"It's something we saw the need for, we initiated it, and it is working its way through the system," McDonnell told the Associated Press.

"It's something we saw the need for, we initiated it, and it is working its way through the system."

The sheriff's department said it is confident its policies on confidentiality and professional standards would hold deputies accountable. Those policies require deputies to keep any evidence, including audio and video recordings, for at least two years and to turn it over to the department when requested, officials said.

Sheriff's spokeswoman Nicole Nishida denied an AP request to see drafts of the policies the department says are being crafted.

Ron Hernandez, president of the union that represents rank-and-file deputies in Los Angeles, says most deputies who bought their own cameras want to protect themselves in case someone alleges misconduct.

"It's really a personal preference," Hernandez said. "The guys we have spoken to have said they thought it would be beneficial for them. They see the value in covering themselves."

But Hernandez dismissed civil libertarians' concerns that deputies would potentially abuse the footage because the department was not officially storing it.

"I would hope that if a deputy is recording, he is retaining it," Hernandez said. "It would be counterproductive to a guy to get his own camera to cover himself and then assume he's going to manipulate the footage. He'd be better off not having anything."