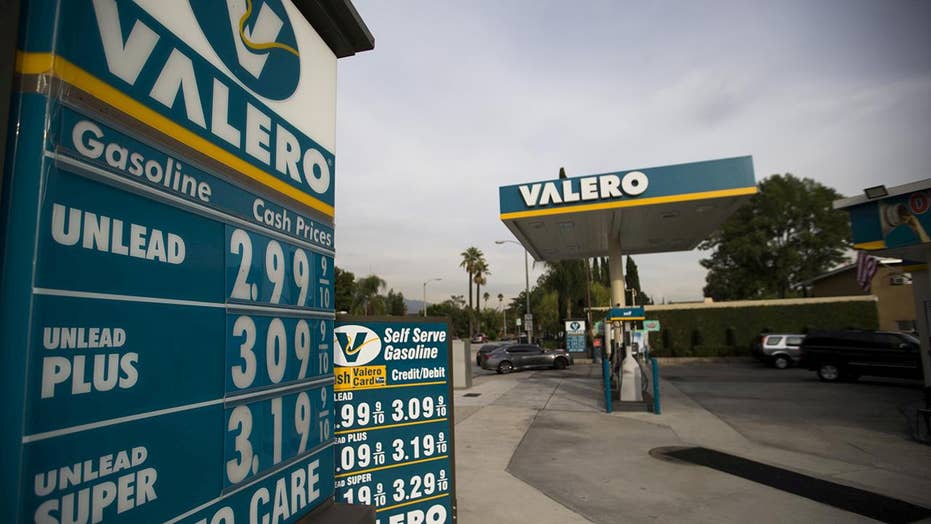 Gas price averages predicted to rise to $3 per gallon

The estimated 37 million Americans set to hit the road this Memorial Day weekend will want to pack a few extra dollars in their wallets as gas is reported to be at the highest price point at this time since 2014.

As of Friday morning, the national average price for a gallon of gas is $2.97 – a 60 cent leap from the cost last year, according to AAA statistics.

“AAA forecasts nearly 37 million travelers will hit the road for the holiday weekend. Compared to an average of the last three Memorial Day weekends, pump prices are nearly 50 cents more expensive and climbing,” Jeanette Casselano, a AAA spokesperson, said earlier this week. “Trends are indicating that this summer is likely to bring the national average to at least $3/gallon.”

In addition to those on the road, AAA is estimating that 3.1 million Americans will take to skies this weekend and 1.8 million will use trains, buses and ships – bring the total estimated number of Americans traveling this weekend to around 42 million.

The regions where the pump will hit drivers’ wallets the hardest are the West coast, the Northeast, and the northernmost parts of the Midwest.

California as of Friday is the most expensive place in the country to fill up, with an average price of $3.727 a gallon, just ahead of Hawaii’s $3.712, AAA data shows. On the other side of the U.S., Connecticut and Michigan lead the pack of the most expensive states, with prices of $3.145 and $3.133, respectively.

If you are planning to travel anywhere in the South – there is good news – as AAA averages there are the lowest. Mississippi is the cheapest place to buy gas in America, with an average price of $2.654 a gallon.

Across the board however, the current national average of $2.97 is the highest at this time going into Memorial Day weekend since 2014, when it was a whopping $3.65, AAA says.

Rising prices of crude oil, high demand for fuel and maintenance work needing to be done at refineries – some of which was delayed because of last year’s Hurricane Harvey – are among the suspected causes of the hikes.

But even as the prices are surging, there are ways to save at the pump.

If you can, try to pay in cash, as you can often save up to 10 cents a gallon doing so.

It is also recommended to go easy on the gas pedal, as car movements like quick acceleration and braking in traffic situations can cut gas mileage as much as 40 percent, according to FuelEconomy.gov.

For more ways to save on Memorial Day weekend car travel, head to Fox Business.