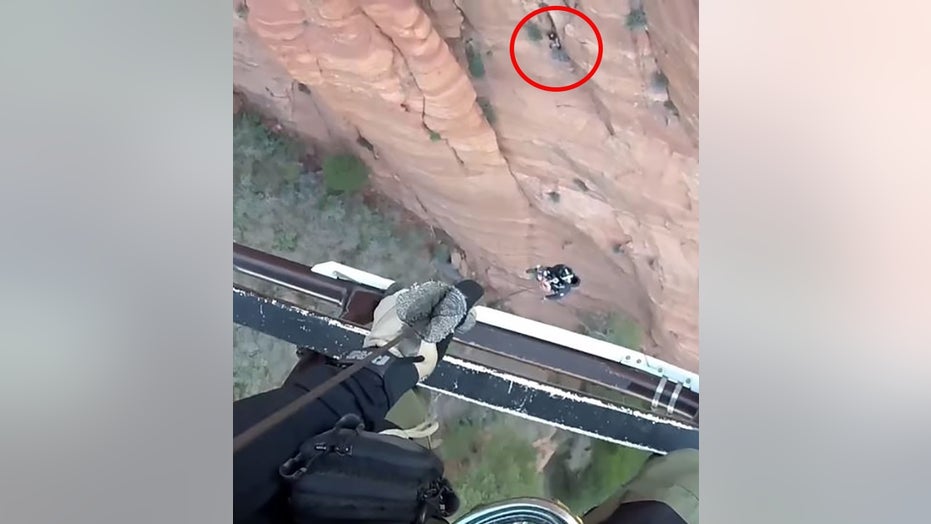 A solo rock climber in Utah was rescued from a steep cliff face in Zion National Park after getting injured in a fall on over the weekend, authorities said.

The climber suffered multiple injuries after falling in Kolob Canyon and became stranded on the cliff face, the Utah Department of Public Safety said Sunday.

"He spent the night there cold, injured, unprepared," the agency said.

DPS responded via helicopter and lowered a rescuer down to the stranded climber. The agency released video and photos of the rescue on its social media.

"Please plan ahead before you go out," DPS said.

Authorities didn’t release the identity of the climber. No details on the extent of the climber’s injuries were immediately available.

Rescuers thanked park rangers who located the injured climber and helped guide them to him.