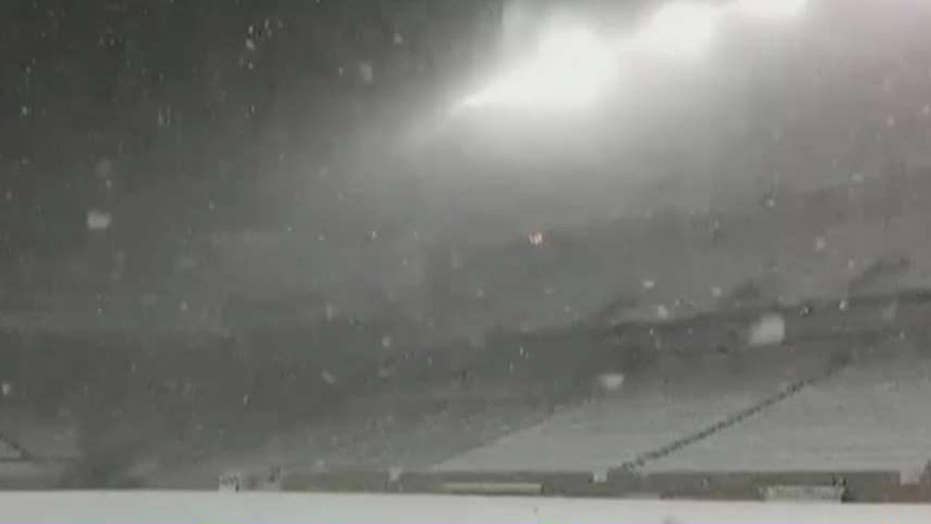 Janice Dean has the forecast.

Residents in some parts of southern Texas woke up to a rare sight Friday – snow.

Snow in many parts of South and Southeast Texas began overnight with as much as 2.5 inches accumulating in parts of San Antonio, meteorologists said.

A car dealership in San Antonio showed a row of vehicles covered in a solid layer of snow.

In Corpus Cristi, meteorologists expected to see upwards of three inches of snow by Friday morning. This is the first accumulation of snowfall in that city dating back to 2004.

For a while it seemed like Houston wasn't going to see any snow. So for Houston Texans star J.J. Watt, who waited patiently while looking out his window, it was a wish come true.

The National Weather Service said frigid temperatures behind a cold front combined with moisture off the Gulf of Mexico yielded the rare snowfall.

Texas is not the only southern state to see snow.

The forecast called for a mix of rain and snow across several Deep South states. Parts of Georgia, Louisiana and Mississippi reported snow flurries before dawn. In Georgia, at least a dozen school systems closed ahead of the wintry weather.