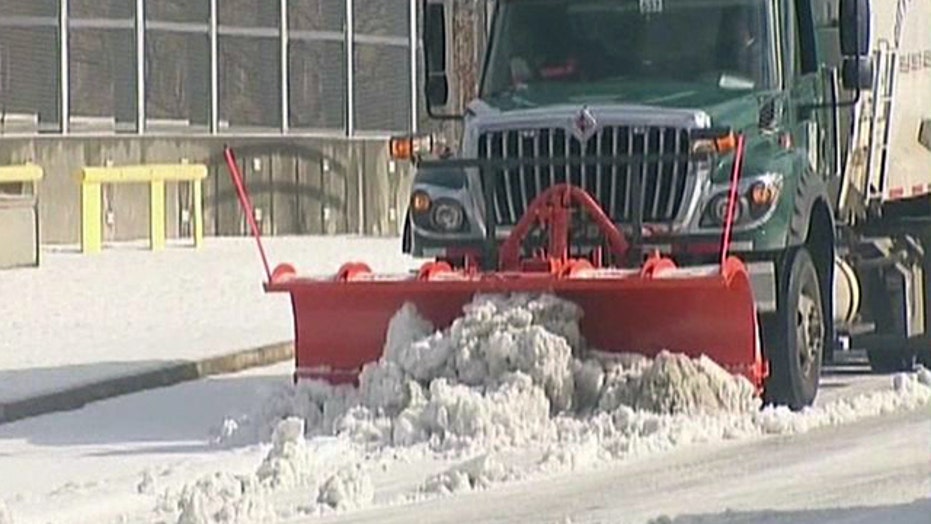 More snow on the way for Northeast

WILLISTON, S.C. – One could say things have gotten fairly predictable in the Northeast, or at least whereas the weather is concerned: Another day arrives and so, too, does more snow.

Just two days after a massive storm dumped upwards of 20 inches in some parts of the region, the skies once again opened shortly before noon on Saturday in New York City and what has become the spirit-sagging sight of near-white-out conditions persistently resumed.

“A couple of inches could fall on parts of these states, with locally higher amounts. The snow could conceal patches of ice beneath.”

But the worst of it, according to the site, seems to be headed for New England.

“How much strengthening the storm does just offshore will determine how much snow falls and how strong winds get over Long Island, southeastern New England and the Maritimes,” Accuweather.com reported.

“Odds favor windswept snow to develop in part of this area, if not a full-blown blizzard. This includes the city of Boston and Cape Cod, Mass., to coastal Maine.

Saturday’s storm only added to the misery of the preceding week as the National Weather Service reported most areas got anywhere between a half-dozen inches of snow to the roughly 20 inches that fell in eastern Pennsylvania.

That, earlier storm began in the South and barreled up the East Coast – but not before wreaking havoc like a hurricane and leaving thousands in east Georgia and western and southern South Carolina without power.

"I got tired of this about five minutes after the lights went out," said Ben Ziegler, a 33-year-old U.S. Army veteran as he stood at a firewood stand near his Evans, Ga., neighborhood.

Ziegler was then cutting firewood for his home on the third day without power to keep his wife and 14-month-old daughter along with a neighbor family of five warm.

The same system dumped more than a foot or two of snow on parts of several states and was blamed for more than two dozen deaths, closed schools, snarled air traffic, caused countless crashed and delayed thousands of flower deliveries on Valentine's Day.

The longest-lasting effect, however, was power.

About 1.2 million utility customers from the South to Northeast lost power at some point during from the South through the Northeast. That dramatically dropped to about 465,000 outages by Friday morning, mostly in South Carolina and Georgia. The numbers did keep dropping, but life without electricity after a third day was becoming a hassle.

I didn't know this was going to be in the same realm as Hugo," said South Carolina Gov. Nikki Haley, who toured damaged areas Friday, said of the hurricane that struck in 1989. "To look at these neighborhoods and see the trees down and on houses — to see all of the devastation that's happened to this community — is terrible."

With roads finally thawed out, many in the hardest hit areas were able to finally leave their homes. But there weren't too many places to go. Few stores were open because they didn't have power either.

Dollar General stores across the region let people shop by flashlight, but were only taking cash because they had no way of scanning credit cards. Intersections became risky games of chicken because traffic lights were out and deputies were elsewhere trying to help clear trees and limbs off roads and checking on older people and the sick.

Losing power in a rural area often means losing water, too. Many residents are on wells with pumps that need electricity to operate. Some people had buckets out to catch the melting ice so they could use the water to flush their toilets.

Tedda and Stan Howard were ready to wait a long time to get their power back from Aiken Electric Cooperative. During the day, they cut down broken branches and repaired fences so their goats wouldn't escape from their 56 acres near Williston. At night, they huddle around the propane heater and played chess by candlelight. They had a neighbor who had power and offered them a warm shower.

"That ought to be enough. Hopefully they'll have it back on by the weekend," Tedda Howard said.

That seemed doubtful. Power lines were sagging to the ground or snapped in more than a dozen places on the two-lane highway by their home.

One coastal South Carolina electric cooperative lost 50 poles in the ice storm, compared to 21 in the last hurricane, officials said.

"With a hurricane, the storm blows through, does its damage and it's gone. An ice storm is like a hurricane followed by a series of mini-hurricanes. You restore power to an area, but then the ice comes back and the same area goes down again," said Bob Paulling, CEO of Mid-Carolina Electric Cooperative in Lexington.

Rural areas were hit the hardest and their geography means it will be much more difficult to get power restored, said Mark Quinn, spokesman for the South Carolina co-ops. In urban areas, one fix of a power line often turns electric back on for thousands of customers.

"Not only do you have less customers per line, but the terrain is also much tougher," Quinn said. "We're exposed more than any other utility."

But for most folks, being without power was more of an annoyance. People told about learning that their tablet computer wouldn't recharge with their car charger or were upset their DVR was missing recording their favorite shows.

Ziegler says he lives in the South in part so he doesn't have to deal with winter weather that has been particularly harsh this season all over the country. Two storms in two weeks have been too much. The frown returned when he was told the Farmer's Almanac predicted one final Southern winter storm for the end of the month.

"One storm was too much," Ziegler said. "I'm ready to wear my shorts again."