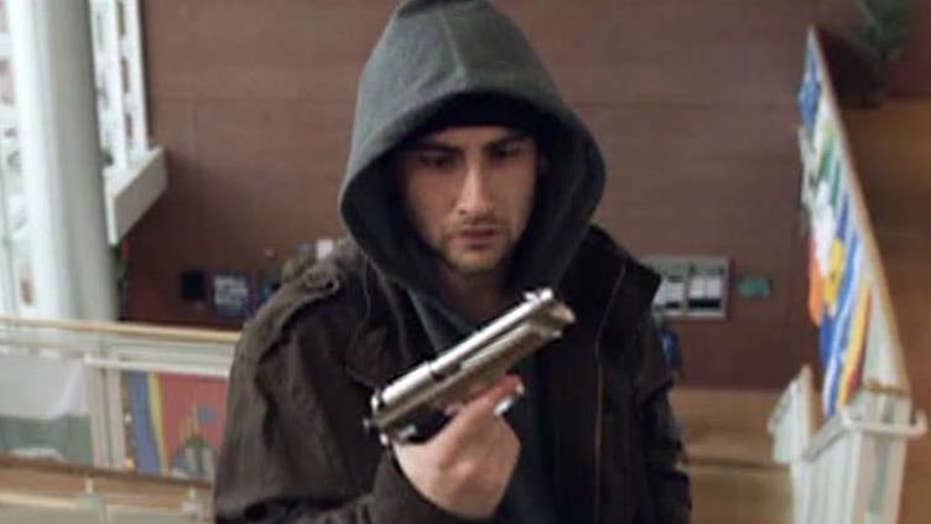 The 30-minute video is titled 'The Coming Storm'

The FBI has taken to the visual medium in its latest effort to prepare local and state law enforcement agencies for active shooter situations.

The agency began distributing its new short film “The Coming Storm” in October to partners around the country and anticipates that it will reach around two million first responders and law enforcement officials within its first year of circulation.

FBI officials invited reporters on Thursday to screen the 27-minute long video, which depicts a disturbed college student’s plot to murder former classmates at a fictitious Virginia college. What follows the highly-produced melee is a massive, and detailed, coordinated response by agencies at the local, state and federal levels.

The goal of the video is to provide agencies with a thorough rundown of procedures to be undertaken by first responders if such an incident were to occur within their jurisdictions. And thanks to motion pictures, FBI officials are confident that this approach is more beneficial to its audience than a standard hours long classroom session. In addition to the short film’s circulation within the U.S. law enforcement community, FBI is also sharing the video with officials at colleges and universities throughout the country.

It is an effort that has been more than two years in the making, having been commissioned by the agency in the wake of the devastating attack at Sandy Hook Elementary School in Connecticut that left 26 victims dead, the majority of whom were small children.

“These incidents are not going away and we need to get better at training for them,” said Special Agent Katherine Schweit, FBI senior executive and manager of the agency’s the Active Shooter Program.

There were 160 active shooter incidents in the U.S. between 2000 and 2013, according to the latest data from FBI. Those events, in total, claimed the lives of 486 individuals and wounded 557 more.

What officials found prior to the creation of this video is that there was no solid way to disseminate lessons learned from these incidents to law enforcement agencies across the country. The hope amongst federal officials is that “The Coming Storm” will institutionalize active shooter after action reports.

“What we want to bring to the table is that no single agency can handle this by themselves. No matter how big, no matter how small,” said Schweit.

The timing of the video is not in direct response to the most recent active shooter incidents that have claimed innocent lives in San Bernardino, Calif., Colorado Springs, Colo., and Roseburg, Ore., but it underscores growing concern among agencies at all levels of the frequency at which these mass casualty events occur. And according to FBI officials, the trend of active shooter situations in the United States is rising.

One such incident has a somber tie in to the FBI’s new video. The short film was shown to Oregon law enforcement leaders at an annual meeting one day before the Oct. 1 mass shooting at Umpqua Community College in Roseburg. That incident left nine victims dead.

“Some of those officers and chiefs had responded to the shooting scene and worked on incident command at the time based on things I hope they saw in the film,” Schweit said.