Prosecutors have filed a felony charge against a Salt Lake City officer accused of commanding his police dog to attack a man as he knelt with his hands up, resulting in several injuries.

Pearce used "unlawful force" when he allegedly ordered his K9, "Tuco," to bite Jeffrey Ryans during a domestic violence response call, according to a probable cause statement.

Warning: The following video is violent. 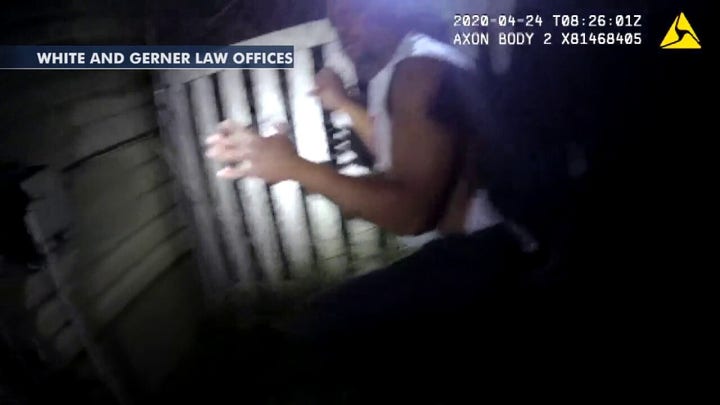 "When K9 Tuco engaged and was biting Ryans, [Pearce] continually praised and encouraged K9 Tuco," the probable cause statement said, according to the news station.

Ryans’ attorney, Gabriel White, previously said that Ryans and his wife had an argument in December that resulted in her seeking a protection order against him, but they had since reconciled. Ryans had been back in the house for weeks.

The police department said it had been called to the home several times for domestic violence issues.

Ryans was hospitalized for lacerations and arrested for violating a protection order. He had multiple surgeries on his leg, which became infected.

"It's very difficult not to see how race could play a factor here," one of Ryans' attorneys, Gabriel White, told the news station in an interview last month.

Pearce was placed on leave in August and the department suspended the use of K9s after body camera footage of the incident was released.

In a statement, the department said it takes seriously the district attorney's office decision to file criminal charges as well as the findings of the Civilian Review Board.

"Both will be evaluated and taken into account as the Department is finalizing its Internal Affairs investigation," it said.