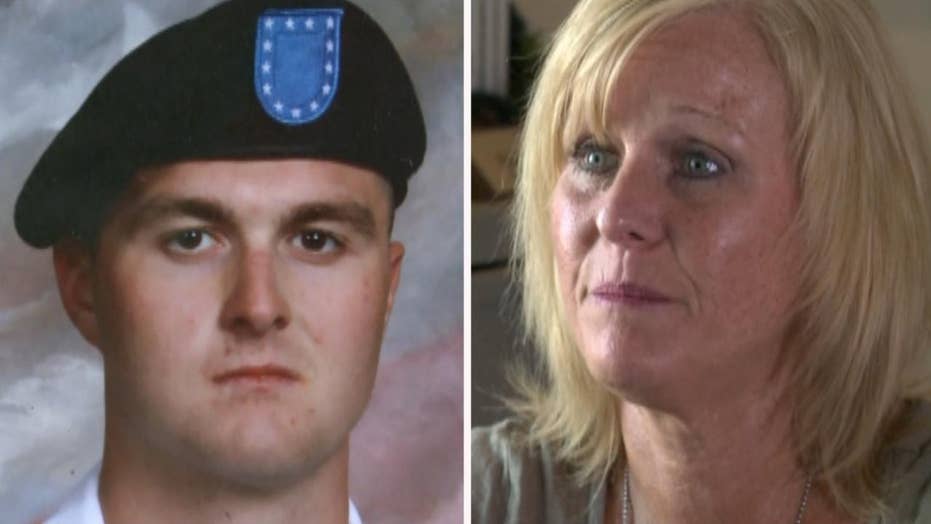 Family and friends say investigators are ignoring new evidence in death Austin McGeough, a 21-year-old soldier from Connecticut, who was killed by a car in early morning hours of October 2016.

A Connecticut military family is fighting the claim that their son’s 2016 death in Tennessee was an accident.

Austin McGeough, a 21-year-old Army specialist stationed in Fort Campbell on the Tennessee-Kentucky border, died when he was hit and run over by at least three vehicles in the early morning hours of Oct. 15, 2016 in Tennessee.

The official account by investigators with the Cheatham County Sheriff’s Office says the soldier left a house party in Pleasant View – drunk and on drugs – before breaking into a nursery, FOX 61 reported.

He reportedly called 911 to say he was being chased by bees before running onto nearby Highway 41-A where he was struck by one car and then run over by two more.

Investigators ruled the death was an accident and closed the case.

Austin McGeough, a 21-year-old Army specialist stationed in Fort Campbell on the Tennessee-Kentucky border, died when he was hit and run over by at least three vehicles in the early morning hours of Oct. 15, 2016 (Fox61)

However, McGeough’s family did not accept the ruling and hired their own team to review the evidence. They are convinced that someone was chasing him, accusing investigators of mishandling the case.

“This is just a disgusting case of pick and choose what you investigate and who you’re connected to,” Jane Barter, a family friend who has become the family’s unofficial spokesperson, told the news station.

The family hired Stutchman Forensic Lab in California to analyze the 911 calls McGeough made, determining that they don’t make any mention of bees.

The lab also concluded that there were other people around McGeough when he called police.

“It is clear that there were other individuals in close enough proximity to the caller to be picked up by his phone’s microphone,” the lab said in an email report obtained by FOX 61. "'From that analysis, we have ascertained that Austin was chased by two males', said Barter. She and the family say that those voices prove Austin was chased by people, not bees.”

Barter and McGeough’s family claim investigators are ignoring this new information that the family turned over to them months ago.

McGeough’s mother, Kim Read, reportedly hired a private investigator who was able to track down a third driver who ran over his body. Barter and Read told FOX 61 they went to Tennessee to confront the third driver, who reportedly recorded him saying he had seen something on the road, but didn’t pay attention to it.

Barter claims the third driver is not being prosecuted because his family reportedly has ties to law enforcement.

Landis told the news station that they interviewed the third driver and concluded he was not involved.

Read said she is determined to get justice for her son.

“No one knows that at home, in the middle of the night when my family is sleeping, that I’m up and I’m dry heaving and I’m crying and I’m begging and I’m just online investigating this whole thing myself,” she said.

The family has filed a civil lawsuit against several people including one of the drivers and the family of the teen who hosted the party the soldier attended before his death.

Barter said the family will be re-filing the lawsuit to include additional defendants but would not go into further detail.