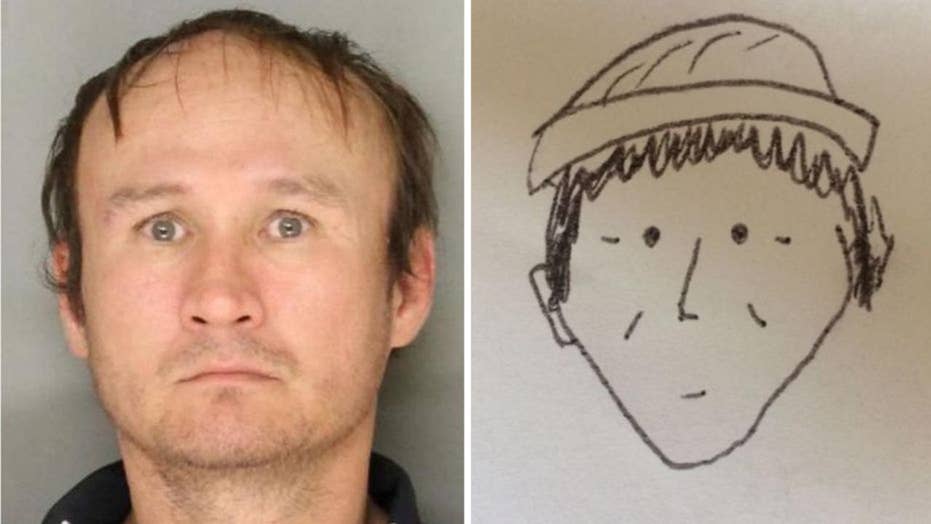 Pennsylvania police were able to issue an arrest warrant for a man identified after a sketch of him circulated, and was mocked among social media users.

A witness drew an image of a suspected thief — who police believe to be Hunt Phuoc Nguyen, 44, — and submitted it to Lancaster City Police, which then released the “cartoonish” picture alongside a detailed description on Tuesday.

Authorities said the suspect, believed to be Asian or South American, was around 5 feet 4 inches tall, and between 30 to 40 years of age. Police said the suspect had black hair and wide cheekbones.

"We released all of those details together in our police log in the hope that someone recognizes the suspect," officials said, according to Lancaster Online. "This was not done in jest."

The hand-drawn sketch was ridiculed online, with one person claiming it was singer Jason Mraz. Another user joked: “That guy looks just like my roommate,” with the sketch Photoshopped on to a picture of his roommate’s face.

Lancaster Police stated online that, “While the sketch provided by the witness may have appeared amateurish and cartoonish, it, along with the distinctive physical descriptors, jogged the memory of at least one investigator to provide a potential suspect name.”

The witness who reported the crime — an alleged theft from a market in Lancaster — was shown an array of photos of possible suspects.

Nguyen was identified, and was charged with theft by unlawful taking and a warrant was issued for his arrest.