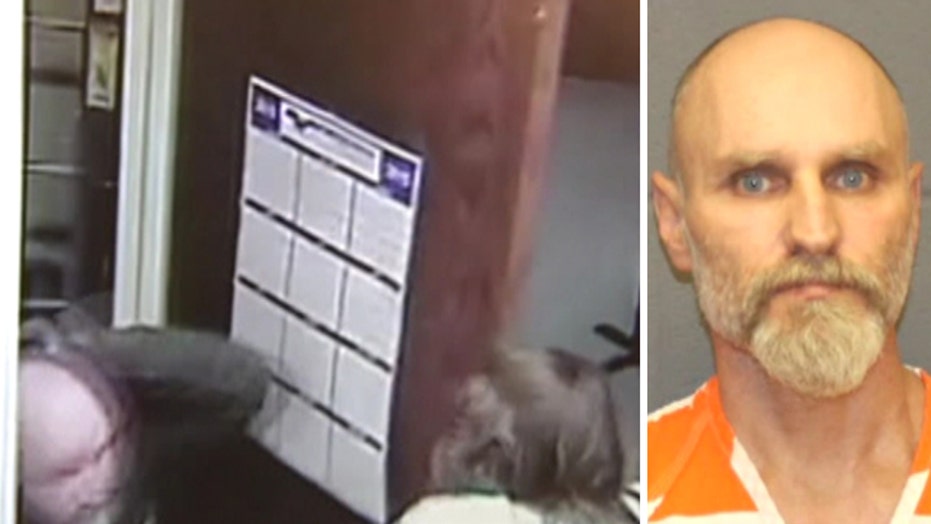 Inmate shocks woman after popping out closet in jailbreak

WALLACE, Idaho – Authorities in north Idaho say an inmate jailed on burglary charges escaped by working his way through a ceiling crawl space in a utility room to reach the lobby.

Shoshone County Sheriff Mitch Alexander tells KXLY-TV in Spokane, Washington, (http://is.gd/A7f5bJ ) that one employee and a trainee were working at the jail in Wallace, Idaho, when 48-year-old Roy Bieluch escaped Tuesday night. He says funding limitations led to the staffing levels.

Bieluch hasn't been found, and a nationwide warrant has been issued for his arrest. Alexander says deputies arrested a woman they believe assisted Bieluch after his escape.

Video from a jail security camera shows the inmate bursting out of a closet just as a cleaning woman starts to open the door.

Bieluch had been jailed since December on charges of burglary, malicious injury to property and petty theft.