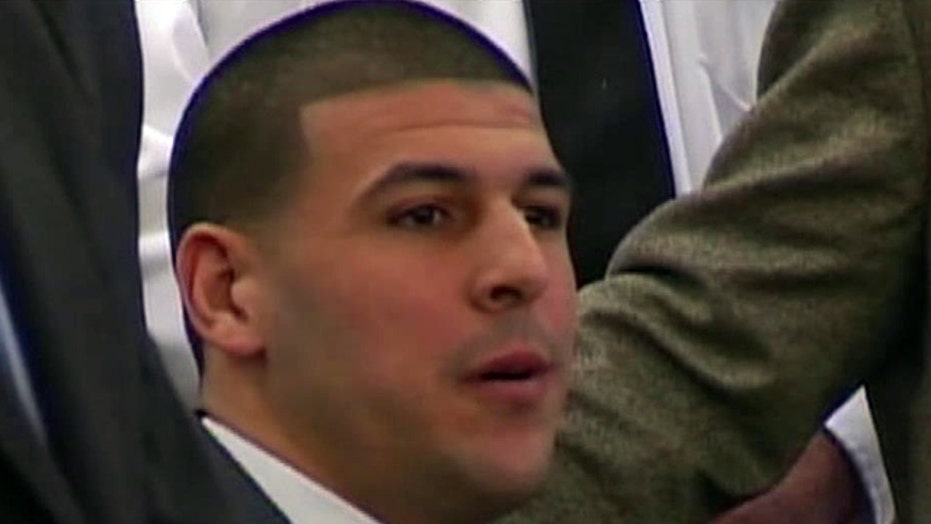 The sheriff who had former New England Patriots player Aaron Hernandez in custody for more than 18 months said Tuesday that he's a master manipulator and will probably do fine in prison now that he has been sentenced to life for murder.

Bristol County Sheriff Thomas Hodgson said Hernandez knows how to use his charm and manipulate better than anyone he has ever seen. He said Hernandez was generally affable and polite and would try to use those qualities to get what he wanted at the Bristol County House of Corrections.

"He would make every effort to get extra sandwiches," Hodgson said. "He would just try to convince the officers to give him more than what they otherwise could get."

Staff members were directed to treat Hernandez like any other inmate, Hodgson said.

Hernandez was convicted April 15 of the 2013 killing of Odin Lloyd, who was dating the sister of Hernandez's fiancee. He will ultimately end up at the maximum-security Souza-Baranowski state prison.

After the verdict was delivered, staff from Bristol County brought Hernandez to a state prison not far from Gillette Stadium, where Hernandez used to play football in front of tens of thousands of cheering fans.

There, he told them, "I'll miss you guys, but they got it wrong," Hodgson said. "He didn't really have much of a change in his demeanor. He pretty much still had a swagger in his step."

Hodgson said Hernandez has an ability to compartmentalize things and lock out the negative.

"He doesn't really look at it as jail," Hodgson said. "It's more like training camp."

Hernandez got into trouble from time to time in jail in Bristol County. He was accused of threatening to kill a prison guard and his family, and he got into a fight with another inmate.

Asked how he thinks Hernandez will do in prison, Hodgson said he thought he'd be OK.

"He'll probably do fine. He'll be able to talk his way through everything," Hodgson said, adding that disrespect is a "hot-button" issue for Hernandez. "If someone's trying to outwardly and aggressively disrespect him, that could create a problem."