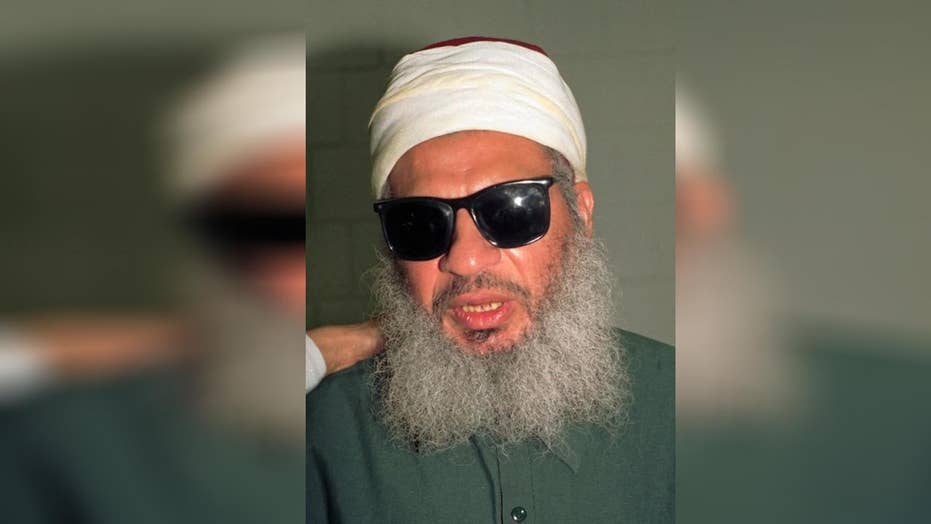 Sheikh Omar Abdel-Rahman, the blind firebrand Islamist cleric behind the World Trade Center bombing in 1993, has died in federal prison, Fox News has learned. He was 78.

Abdel-Rahman, an Egyptian radical who maintained a global following even while imprisoned for more than two decades, died Saturday morning at Butner Federal Medical Center in North Carolina, where he was serving a life sentence.

The Federal Bureau of Prisons confirmed that Abdel-Rahman died at approximately 5:40 a.m. Saturday of natural causes after a long health battle with diabetes and coronary artery disease.

His son Ammar told Reuters that his family had received a phone call from a U.S. representative saying his father had died.

Andrew McCarthy, who was the assistant US attorney who prosecuted Abdel-Rahman for the federal government, told Fox News on Saturday that the sheikh was globally notorious as the “emir of jihad” long before there was an al-Qaeda or ISIS.

"His scholarly heft made him highly influential, in the deadliest of ways. The only thing he could do was lead [the terrorist organization]— provide it with inspiration and a sense of diving mission. His life is a testament to the centrality of sharia supremacist ideology to the terrorist threat."

Abdel-Rahman was convicted in 1995 of plotting terror attacks throughout New York City, targeting the United Nations and other New York City landmarks. He was also linked to the 1993 World Trade Center attack in which six people died and more than 1,000 others were injured.

Known as “The Blind Sheikh,” Abdel-Rahman lost his eyesight when he was 10 months old. By the time he was 11 years old, he had memorized the Braille version of the Qur’an and was sent to an Islamic boarding school.

He went on to study at Cairo University’s School of Theology and later earned a doctorate in from Al-Azhar University in Cairo. Abdel-Rahman went on to become one of the country’s most prominent and outspoken Muslim clerics to denounce Egypt’s secularism.

In the mid-1980s, Abdel-Rahman made his way to Afghanistan, where he built a strong rapport with former Al Qaeda leader Osama bin Laden.

Bin Laden once credited Abdel-Rahman as the inspiration and justification for the September 11 attacks which destroyed the World Trade Center.

Adbel-Rahman was the spiritual leader of Al-Gama Al-Islamiyya. The Islamic group was believed to have been behind other terror attacks such as the 1997 killing of tourists in Luxor, Egypt.

He remains revered in his native Egypt, and his supporters had demonstrated throughout Cairo for his freedom in the past.