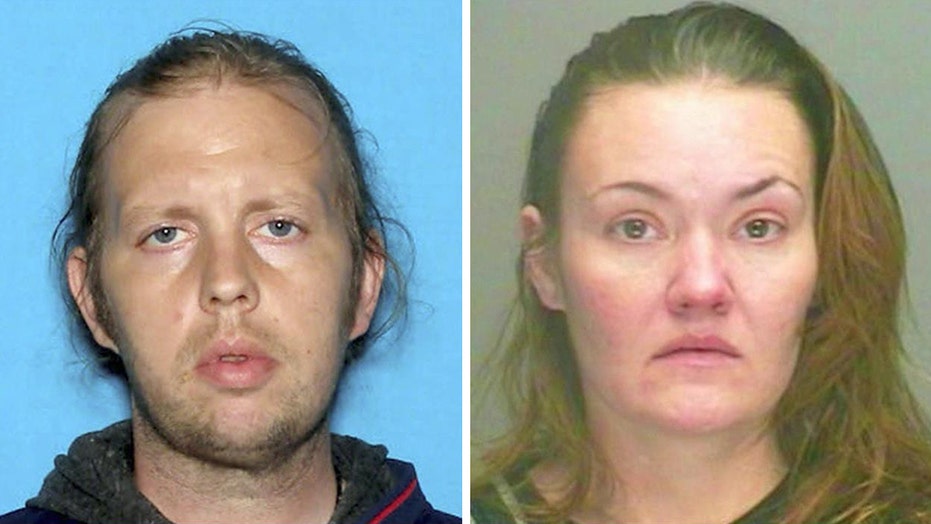 Rachelle Bond and Michael McCarthy testify in the murder of Bond's daughter, Bella

The man accused of killing 2-year-old Bella Bond -- known as “Baby Doe” after her decomposing body was found wrapped in a blanket near Boston Harbor in June -- was obsessed with demons and exorcism and dismissed his brutal handiwork by saying "it was her time to die," prosecutors said during an emotional arraignment Monday.

The chilling details related to the girl’s murder were revealed during the arraignments of Rachelle Bond, Bella’s mother, and Michael McCarthy, Bond’s live-in boyfriend. McCarthy, who has been ordered held without bail, is charged with murder.

“She was a demon anyway and it was her time to die,” McCarthy allegedly told Bond, after the mother found him standing over her while she lay dead in her bed.

McCarthy, 35, was mostly emotionless as he looked straight ahead in court. Bond, 40, held on $1 million bail and charged as an accessory after the fact, wore a hooded sweatshirt and cried several times during the proceedings.

Bella’s father, Joseph Amoroso, watched the proceedings with tears in his eyes as the prosecution described how “Baby Doe” was finally identified. As the grim detail emerged in the Dorchester District Court room, an unidentified woman screamed out “I hope you rot in hell!” and had to be escorted out.

The discovery of Bella’s body by a passerby walking their dog near the surf launched a three-month search for the identity of the toddler. Decomposition had ruined any opportunity to identify the girl by her fingerprints, though an artist was able to illustrate a reconstruction of what the girl would have looked like in life.

Cops investigating the case caught a break when Bond allegedly confessed to a friend of McCarthy’s, who then told authorities. The unidentified friend lived with McCarthy and Bond for a short period last winter and moved out because he was “appalled” by the couple’s treatment of Bella, prosecutors said. The friend told authorities that the two would yell at and “demean” Bella and he observed Bond spank Bella.

The friend also saw McCarthy lock the girl in a closet for more than a half hour on at least two occasions. Bella reportedly screamed to be let out, but McCarthy allegedly told his friend, “She was possessed by demons and that’s why she required that punishment.” McCarthy had allegedly become interested in the occult and police found several books on demons and demonology when they executed a search warrant on the home this month.

The unidentified friend said he had been told child protective services had taken Bella from the couple and, when Bond stopped using drugs, he reportedly congratulated her and said she would likely be able to get her daughter back. Bond allegedly replied, “I’ll never see my daughter again. Michael McCarthy killed her and I’m an accessory after the fact because I helped get rid of the body.”

Prosecutors say Bond told the unidentified friend the gruesome particulars of the murder: Bella was unwilling to go to bed one night and McCarthy offered to calm her down. When Bond later entered Bella’s room she allegedly observed McCarthy standing over her daughter with his hand near her abdomen and “Bella’s head appeared swollen and gray.” McCarthy allegedly put the little girl in a contractor’s bag and stuffed the body in a refrigerator for several days while the couple used heroin. Later, McCarthy allegedly put weights in the bag and tossed it in the water.

Preliminary results from Bella’s DNA seized from a nasal syringe and a hair brush at the couple’s house indicated a match to “Baby Doe.” The medical examiner has not issued a final report as to how the child died, though natural causes have been ruled out.

Bond has a lengthy criminal history, including multiple restraining orders, and drug and prostitution convictions, prosecutors said. McCarthy was arrested for possession of narcotics equipment, according to WCVB.

Bond’s attorney, Janice Bassil, said Bond was an unwilling participant in the disposing of her daughter’s body.

“She wants to see Mr. McCarthy held responsible for his actions,” Bassil said.