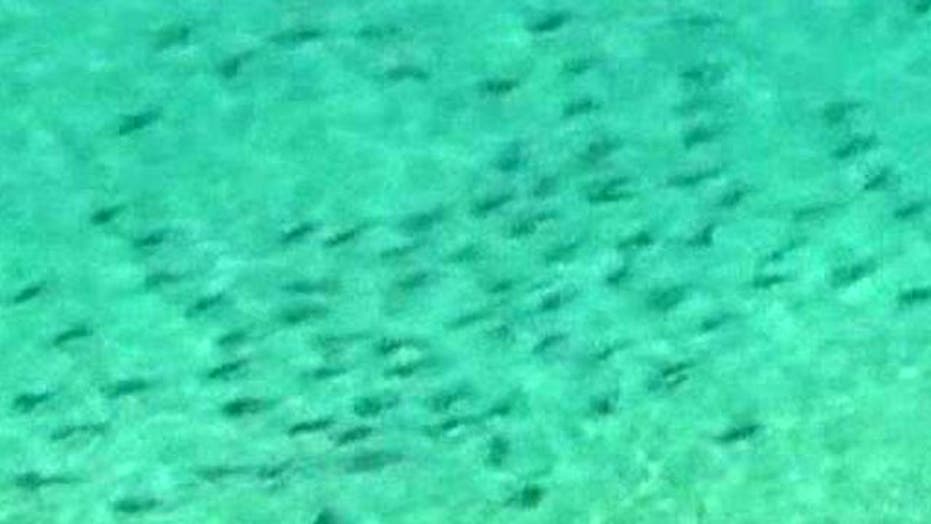 Beaches in Palm Beach, Fla., were temporarily closed after thousands of sharks were reportedly spotted swimming near the shore.

The sharks were first seen on Tuesday and were migrating north after heading south for the winter, marine biologists told NBC Miami.

Lifeguards in Palm Beach say the shark sightings have been occurring daily, and at least 50 to 60 sharks were spotted Tuesday.

On Thursday morning, beaches in the area were re-opened, the Palm Beach Post reports, after no sharks were seen near the shore.

Riviera Beach lifeguard Eddie Green said the sharks like to jump out of the water and come as close as 30 feet to the shoreline.