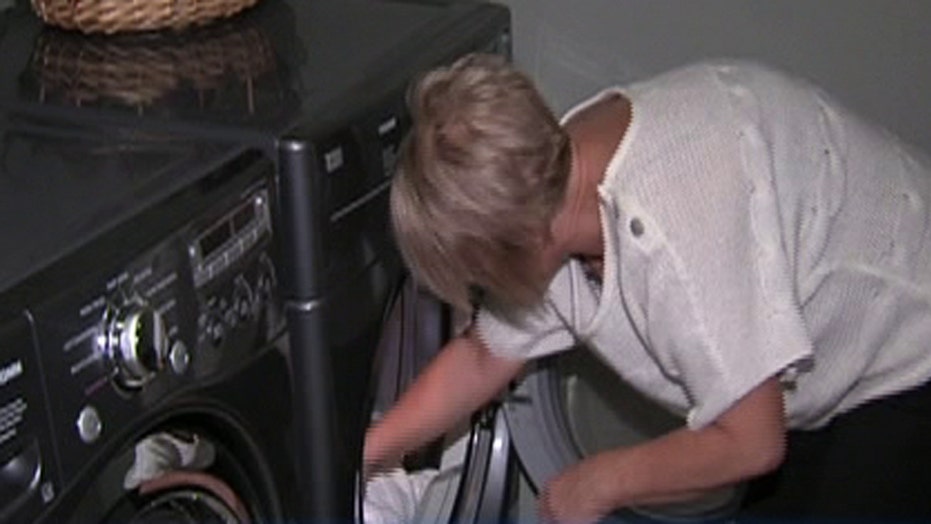 Fox Flash: Swapping chores the key to a good marriage

The words "lasting marriage" aren't as synonymous as they once were. Think Brad and Angelina if you want an example from Hollywood -- or just look around.

HOW TO TELL IF YOUR DAUGHTER'S DATING THE WRONG GUY

Many young people have put off getting married for the simple reason they've seen their parents' relationships fall apart and don't want the same mess for themselves.

Although the divorce rate has declined in recent years, in the past two decades divorce rates among those age 50 and over have doubled. What was once considered a solid, durable commitment for the long haul has lost its credibility, in some circles, for the sacred union it once was.

Clint Eastwood once said, "Marriages are made in heaven, but then again ... so are thunder and lightning." The marriage "task" may become more difficult as we grow more self-centric as a culture.

HOW TO AVOID AN AFFAIR AND SAVE YOUR MARRIAGE

If we're being honest, doing things on one's own always seems easier. But ultimately selfishness will only shrink one's world, while sharing it will enlarge it. That is part of the beauty and brilliance of marriage.

Quite possibly the greatest metaphor of Christ's love for us, marriage was intended to be a formed union -- a man and woman becoming one (key word here: becoming). It is "an invitation for a man and woman to rediscover love as originally intended," say the authors of "The Will of a Man & The Way of a Woman," Robert and Pamela Crosby of Lakeland, Florida, who have been married for 34 years. The couple are Christian leaders in their community (and full disclosure, the parents of this author as well).

In their new book, the couple explore the essential foundations for the balancing and blending a healthy marriage requires and share seven keys for a marriage built to last.

For most couples, one spouse is often more content to spend time on his or her own than the other. One is more preoccupied with work or hobbies, while the other is just a bit more naturally self-consumed. (It's often the differences that draw people together, right?)

But "marriage will not only bring a meaningful relationship and partnership into your life, it will challenge your selfishness as an individual and stretch you," say the authors.

Many spouses too quickly lose interest in their partner. It's easy to assume one knows everything about the other person -- because it no longer requires work. The best way to keep a marriage alive is to keep your intrigue in each other active and present. Ask questions. Stay curious.

Embrace the mystery of it all. "A good question can open a conversation; a great one can open your soul," say the authors.

3.) Register your complaints without criticizing your spouse's character.

Making your home a place of honesty, clarity, and (when appropriate) passionate confrontations are all essential for a lasting and thriving relationship. Disagreements aren't always avoidable -- but hurt and insults are. When you need to confront your spouse on a touchy subject, practice grace and discretion.

"One big mistake couples make when confronting each other is pushing the truth instead of presenting it," say the authors. When the natural urge is to cram the truth down someone's throat, you will likely never get the response you are looking for. The Bible says, "The wrath of man does not produce the righteousness of God" (James 1:20).

Our responsibility is to effectively communicate the truth -- and God's job is to turn it into conviction and (one hopes) change.

Men possesses a unique God-given propensity for exercising a strong will in life. The deepest offense for most men is when their opinion or statements are easily disregarded, with comments such as "You don't know what you're talking about..."

Women possess a unique quality as well: They know and understand how to get things done. Often the greatest offense to a woman is when her "way" of doing things is devalued. When a woman feels she is not heard or belittled -- it can lead to deep frustrations.

7.) Remember, oneness is the goal.

Think of how the Navy Blue Angels fly jets in beautiful choreographed displays. One of their leaders said, "Our goal is always to fly as one. We don't always get it right, but we try to come as close to it as we can."

Becoming one as a couple, while juggling all of life's other demands, often takes a backseat to our daily agenda, when really it should be the reverse. Marriage is made to be a journey toward oneness. "These two shall become one," according to Genesis. Marriage is about two lives merging together and flying together.

Yes. These two shall become one ... but not overnight.