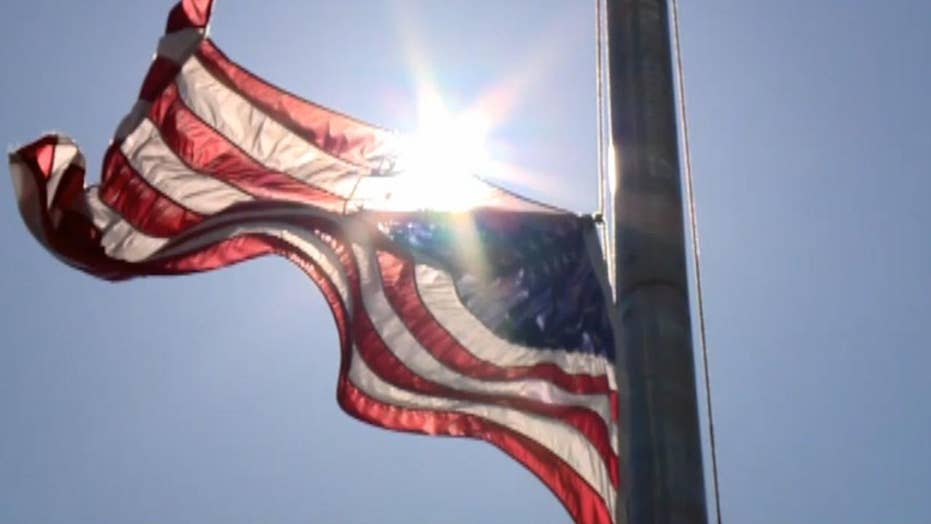 Over 100 schools closed in Northeast Ohio as temperatures reached into the 90s.

It may be after Labor Day, but scorching temperatures across parts of the country are forcing schools to send students home or cancel classes all together because of buildings having no air conditioning.

Schools across New York, New Jersey, Connecticut, Pennsylvania, Massachusetts and Ohio are all taking action on Thursday due to excessive heat, canceling class as well as after-school activities.

In Ohio, dozens of school districts were forced to cancel classes for a third day in a row on Wednesday after temperatures reached well into the 90's.

Dawn Calovini told FOX8 she had to take the day off work to care for her 12-year-old son Reese when schools in Parma were forced to shutter.

Dozens of school districts in Ohio were forced to cancel classes for a third day on Wednesday because of the heat. (FOX8)

“He was supposed to start Tuesday but hasn't had school yet," she told FOX8. "We just keep waiting because he's excited to start school."

The Cleveland Metropolitan School District told FOX8 it's now looking into whether or not any days or hours will need to be made up this year as students have already missed several days due to the heat. In Ohio, schools are have a set minimum number of hours for children to be in school. While every superintendent has a calendar that exceeds state minimum, a particularly bad winter could make a district blow through their days.

While the temperatures will drop on Thursday in the Buckeye state, students across the Northeast are finding their days curtailed as sweltering conditions prevail.

The National Weather Service's Mount Holly, N.J. office said that a heat advisory is in effect through Thursday afternoon for the greater New York and Philadelphia areas. Relief is finally expected to come to the region by Friday.

"The Heat Advisory is now in effect through Thursday, as the heat index will be over 100 degrees Thursday afternoon," the office said. "Humidity levels have been quite high this September."

In Philadelphia, schools will dismiss students at noon on Thursday due to excessive heat and cancel all after-school activities, including athletic programs and professional development sessions. Students were also sent home early from Philadelphia schools for three days last week, with officials saying high temperatures into the evening meant many buildings weren't cooling overnight, FOX29 reported.

Only 27 percent of the district's school buildings have central air conditioning.

The forecast high temperatures across the Northeast on Thursday. (Fox News)

Dozens of districts in New Jersey, Massachusetts, Connecticut, and New York have also decided to close early on Thursday due to the sweltering temperatures.  Relief is finally expected to come to the region by Friday, according to Fox News Senior Meteorologist Janice Dean.

“A cold front will bring showers and much cooler weather to these regions tonight into Friday," Dean said Thursday.

For parents like Calovini, the cancellations are a better option than having their children in a hot building.

“It does put us into a bind, but again, would I rather have him sweating and suffering some kind of heat stroke at school?" she told FOX8 "No. It's just part of what we do. We have to make arrangements and figure something out."