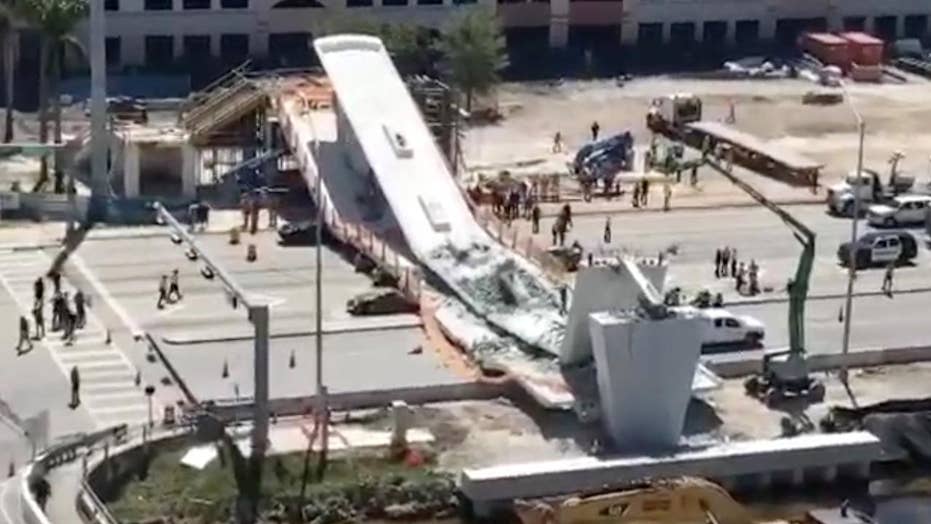 As reports emerged about an engineer's warning of cracks days before Thursday's calamitous collapse of a pedestrian bridge in Florida, a senator wants to find out exactly who was behind the construction that may have led to the structure's fatal failure.

Ranking member of the Senate Committee on Commerce, Science and Transportation, Senator Bill Nelson, D-Fla., is “demanding” documents related to the oversight of the FIU bridge construction, according to a news release from his office.

In a letter written to Transportation Secretary Elaine Chao, Nelson said that “there should have been adequate and appropriate oversight on the ground. If anyone dropped the ball and it contributed to this tragedy, then they should be held accountable.”

Even as the scattered wreckage of the bridge is still being searched, officials from multiple offices are looking for answers about the collapse, which has killed six people and injured at least 10 others.

Florida’s Department of Transportation said Friday that an engineer left a voicemail just two days before the bridge failure notifying the department of cracking in the concrete.

He added that “the fact that there were multiple agencies and companies involved, we’re going to need a clear understanding of who had what role in this horrible tragedy.”

In his pursuit of answers about the bridge collapse, Nelson is asking that the Federal Department of Transportation turn over “all records related to the engineering, design, construction, safety and inspection of the project.”

Nelson is also asking the federal DOT to provide information regarding a federal grant that was given toward the construction of the bridge, including “all relevant documentation … including the grant agreement itself, any memoranda of understanding between DOT and state and local entities concerning the administration and oversight of this project and any letters issued by DOT related to the project, such as letters of concurrence for the selection of contractors and any letters of approval.”

Nelson is giving the DOT one week to comply with his request.

The $14.2 million pedestrian bridge was set to open early next year to help connect students from an area where many students lived to the campus across a busy road. Accelerated construction led the bridge to be installed last weekend instead.