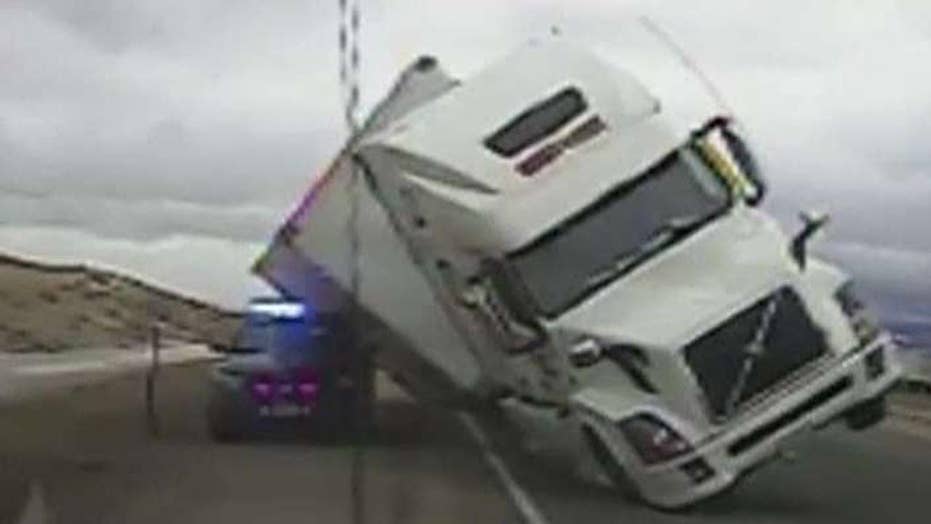 Wyoming Highway Patrol Lt. Kelly Finn says the crash could have been a lot worse if the police vehicle was occupied.

“I am so lucky right now that I have not lost two troopers,” he said, according to EastIdahoNews.com. The trucker and a passenger were also not hurt.

Finn told the news website that the crash occurred Tuesday afternoon on I-80 near Elk Mountain.

The trucker apparently ignored a high wind advisory prohibiting commercial vehicles on that stretch of road.

Finn said wind gusts were nearly 70 mph at the time, the website reported.

The video had been viewed nearly 4 million times as of Saturday morning.