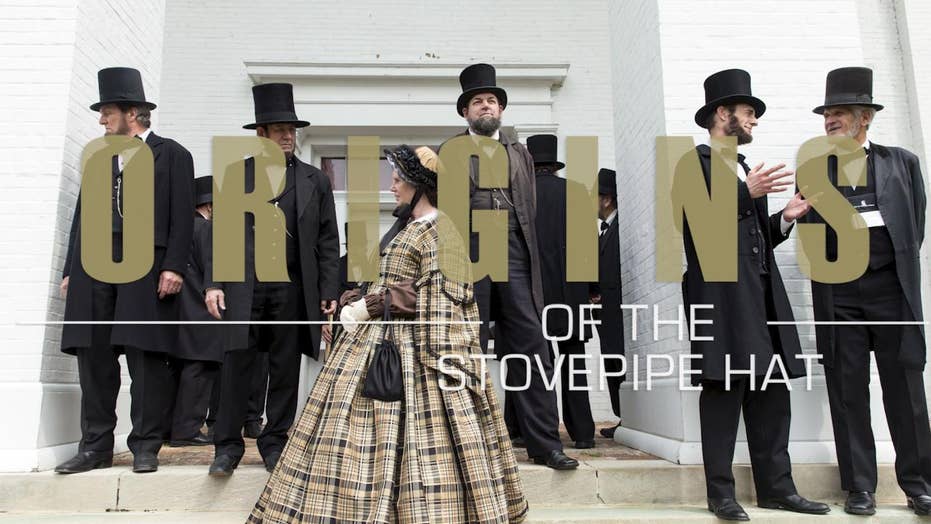 When you picture Abraham Lincoln, that big hat he’s always wearing inevitably comes to mind. We wanted to learn more about his iconic head-wear so we talked to some experts to learn a little more about it

SPRINGFIELD, Ill. – The acquisition of 1,500 documents and artifacts for the Abraham Lincoln Presidential Library and Museum a decade ago firmly established Illinois as a leading repository of all things Lincoln, the prairie lawyer who led the U.S. through the Civil War.

So forgive the handwringing over the possibility that some of it might have to be sold. The Lincoln museum's fundraising foundation , which borrowed $23 million in 2007 to buy the trove from private collector Louise Taper, still owes $9.2 million on a note due in October 2019. Donations have slowed and state officials are reluctant to chip in.

An Associated Press review of the collection shows large parts that could be considered expendable. Does a collection of Lincolniana need five dozen playbills, letters and lithographs belonging to Junius Brutus Booth, the father of Lincoln's assassin, John Wilkes Booth, who died eight years before Lincoln became president?

FILE - This June 14, 2007 file photo shows, Abraham Lincoln's bloodstained gloves he carried on the night of his death at the Abraham Lincoln Presidential Library and Museum in Springfield, Ill. Historians say that the 2007 acquisition of 1,500 documents and artifacts for the Abraham Lincoln Presidential Library and Museum firmly established Illinois as a leading repository of all things Lincoln. So forgive the handwringing over the possibility that some of it might have to be sold. The Lincoln museum's fundraising foundation, which borrowed $23 million in 2007 to buy the trove from private collector Louise Taper, still owes $9.2 million on a note due in October 2019. (AP Photo/Seth Perlman File)

Does it need an 1874 invitation to the wedding of the daughter of President Ulysses Grant? A 1928 memo to the wife of the law partner of Lincoln's son Robert Todd Lincoln? A 1948 limited edition copy of "John Brown's Body," the Stephen Vincent Benet poem?

Maybe not. But selling them would hardly make a dent in the Springfield museum's debt. A copy of Benet's Civil War folk epic from the same printing goes for under $100 online. A New York dealer sold an 1851 Junius Booth playbill several years ago for $400.

"You can't take nine of those pieces and come up with $9 million," said New Jersey-based appraiser Brian Kathenes. "You'd probably have to go after some of the better stuff or sell a lot more of it off."

In Christmas-season parlance, the museum's predicament reminds Kathenes of "The Gift of the Magi," the O. Henry short story of an impoverished couple trying to buy gifts for each other: "You sell off the reason you exist to exist."

Museums' code of ethics prohibits the sale of items in collections for anything other than buying additional items.

Yet the Lincoln museum foundation says such a sale may be necessary. A foundation statement released last week says negotiations and fundraising — including a GoFundMe page — continue while material is culled for potential debt reduction "without selling off core items." The foundation's attempts for a state grant have met resistance.

The Taper collection is awash in riches: examples of Lincoln's earliest known writings, his presidential seal, replete with wax remnants from its last use; an 1839 Schuyler County legal brief that contains the signatures of both Lincoln for the plaintiff and his longtime rival, Stephen A. Douglas, for the defense; the blood-soaked kid gloves he had in his pocket the night he was assassinated.

The authenticity of some other items, such as a stovepipe hat , have been questioned. In an Illinois House hearing last month, Rep. Jeanne Ives, a Wheaton Republican, indicated that White Plains, New York, dealer Seth Kaller, asked in 2007 to validate the agreed purchase price, also questioned the provenance of a Mary Lincoln fan and a clock purportedly from Lincoln's Springfield law office.

Yet Kathenes wonders what some researcher might find among seemingly innocuous items.

"Everything that you remove exponentially cripples the institution," Holzer added. "It makes things worse, not better. Even if you collect some money, your reputation is so scarred that I don't think it would ever recover."