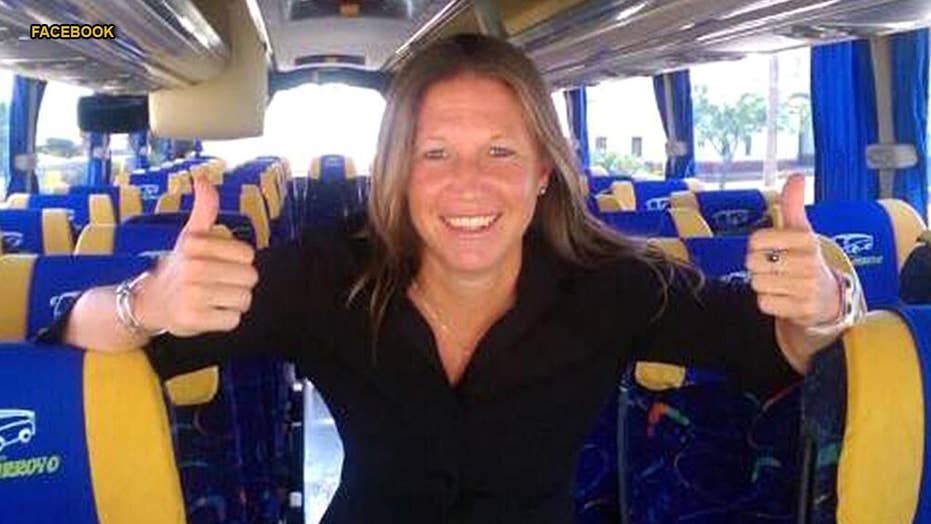 Special Agent Stephanie Hancock died Saturday after her body was recovered around 9:30 pm, approximately six hours after she was last seen when her kayak capsized in a Maryland river. The veteran U.S. Secret Service agent, who had last served on a Presidential Protective Detail, was with her boyfriend at the time of the accident and, according to officials, he attempted to rescue her to no avail.

A veteran U.S. Secret Service agent who served on the Presidential Protective Detail died Saturday after a her kayak capsized in a Maryland river. She was 39.

The body of Special Agent Stephanie Hancock was recovered at around 9:30 p.m. Saturday -- approximately six hours after she was last seen -- in a spot “relatively close” to where her boat first overturned in Spa Creek, Annapolis, a spokesperson with the Department of Natural Resources Police told Fox News.

Police say they received a call at around 3:30 p.m reporting a person had vanished after their kayak overturned somewhere off Horn Point.

A statement from the U.S. Secret Service identified Hancock as one of their “own” who had last served on the “Presidential Protective Detail.”   (Facebook)

The spokesperson told Fox News on Tuesday that while investigators don’t know what caused Hancock’s kayak to flip, it isn’t a surprise, as the “unstable boats” can capsize simply due to weight shifting to one side.

Hancock was with her boyfriend at the time of the accident and officials say he abandoned his kayak to jump into the river to try and rescue her. He was pulled out of the water by rescue teams some time after.

Officials do not believe the couple were wearing life jackets at the time of the accident, FOX5 reported.

“On Saturday, June 29, 2019, the Secret Service lost one of our own in a tragic kayaking accident in Maryland. Special Agent Stephanie Hancock had been with the U.S. Secret Service since 2007, last serving on the Presidential Protective Detail,” USSS said in a statement obtained by WJZ-13. “Our condolences, as well as our thoughts and prayers, are with the family of Special Agent Hancock.”