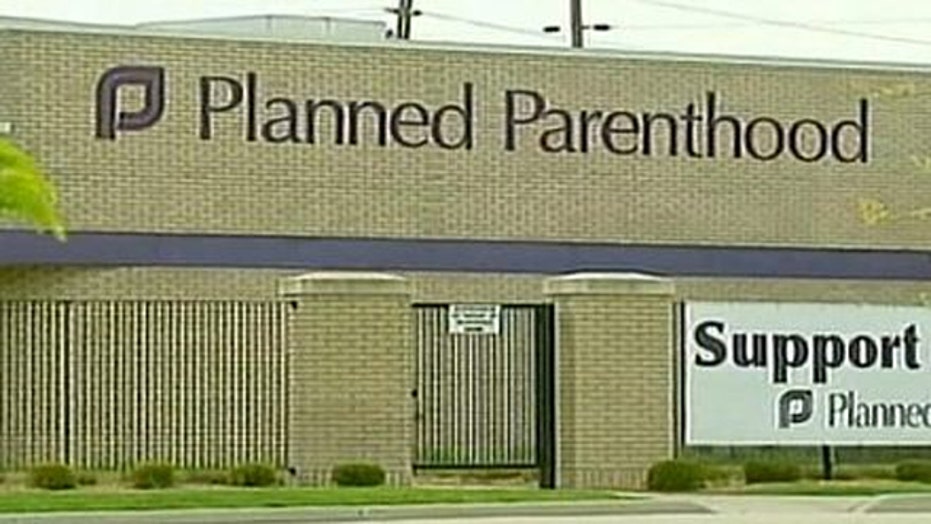 A new undercover video shows a top Planned Parenthood official discussing “less crunchy” techniques to get “whole specimens” and haggling over the price of fetus tissue sales because she wants “a Lamborghini.”

And the activist behind the sting operation says there's much more to come.

"So, we'll be doing this for the foreseeable future," Daleiden said.

The video released Tuesday morning, the second put out by CMP, features a woman identified as Dr. Mary Gatter, who was president of the Planned Parenthood Medical Directors’ Council until 2014 and now works in a leadership and advisory capacity at the local and national level of the organization. Over drinks, Gatter and the undercover activists discuss “specimen” prices, eventually settling at $100 for "intact tissue."

“I want a Lamborghini.”

“It’s been years since I’ve talked about compensation, so let me just figure out what others are getting,” says Gatter, during a conversation alleged to have occurred on Feb. 6. “If it’s in the ballpark then that’s fine, if it’s low we can bump it up.”

It is against federal law to sell fetal body parts. Planned Parenthood has maintained it donates the specimens, charging only for the expenses it incurs.

"We don't want to be in a position of being accused of selling tissue and stuff like that," Gatter says in the video. "On the other hand, there are costs associated with the use of our space, and all that kind of stuff."

"Our video evidence and the video evidence that CMP will continue to release over the coming weeks and months is prima facie evidence of criminal activity at the highest levels of Planned Parenthood," he said.

Planned Parenthood Vice President of Communications Eric Ferrero released a statement calling the video a"heavily edited" release by "activists who have been widely discredited." Ferrero said his organization could not confirm the video's authenticity.

"What we see on this tape is a woman who says 'we’re not in it for the money,' and that any money must be related to reimbursement for costs," Ferrero's statement said.

The video making the rounds Tuesday was an edited 8-minute "summary" of a much longer conversation. The full video, lasting more than an hour, has also been posted online.

"Anybody can go and, if they want to watch an hour to three hours of baby parts negotiations, they can judge for themselves if we just chose the highlights," Daleiden said.

Planned Parenthood has received nearly $46 million in federal grants in 2015, according to government records, for non-abortion-related activities. The organization has taken in more than $207 million in federal funds since 2012.

When asked on Monday if the White House would reconsider federal funding for Planned Parenthood, press secretary Josh Earnest said, “No.”

Speaker of the House John Boehner, R-Ohio, was not nearly as curt in a statement about Tuesday's video.

"This new video is as sickening, disturbing and callous as the last video," Boehner said. "It's now clear that Planned Parenthood allows this horrifying conduct to happen throughout its organization.

"Last week, I called on Congress to investigate these gruesome practices.  The Energy & Commerce and Judiciary Committees have begun immediate investigations and I look forward to their prompt and thorough action.

"President Obama still has not denounced these horrific practices.  He has a responsibility to also speak out immediately and stop these practices now."

“We don’t know what the Center will release next, but we know enough to be deeply concerned about the infiltration of Planned Parenthood and its affiliates,” Evans wrote in the letter.

Evans traced the videotaped infiltration back “nearly three years,” when Daleiden created the “phony company” Biomax Procurement Services, according to the letter.

“Biomax then embarked on a campaign of corporate espionage with Planned Parenthood and its affiliates as its target,” the letter stated.

Texas Gov. Greg Abbott called for an investigation into Planned Parenthood following the release of the first video on July 14, and he released a statement Tuesday commenting on the new video.

“This latest video showing yet another Planned Parenthood senior official negotiating the price of unborn baby body parts is more than just callous and morally bereft, it may be criminal," Abbott said in a statement. "The video appears to directly contradict Planned Parenthood’s statement last week that they do not earn a profit for selling body parts. Today’s new grotesque revelations necessitate that Texas expand its investigation into this abhorrent practice.”

“In the light of what they do to kill children and sell their parts, it is clearly immoral to give any support or transact any business with Planned Parenthood,” Pavone told Fox News.

“I want to be really clear, the allegation that Planned Parenthood profits in any way from tissue donation is not true,” Richards says, before the video moves to the covertly recorded footage of Gatter.

The undercover activist asks Gatter what “compensation” she would expect for “intact tissue.”

“Why don’t you start by telling me what you’re used to paying?” Gatter responds.

Later, she adds, "But you know, the money is not the important thing for me. But it has to be big enough that it makes it worthwhile for me."