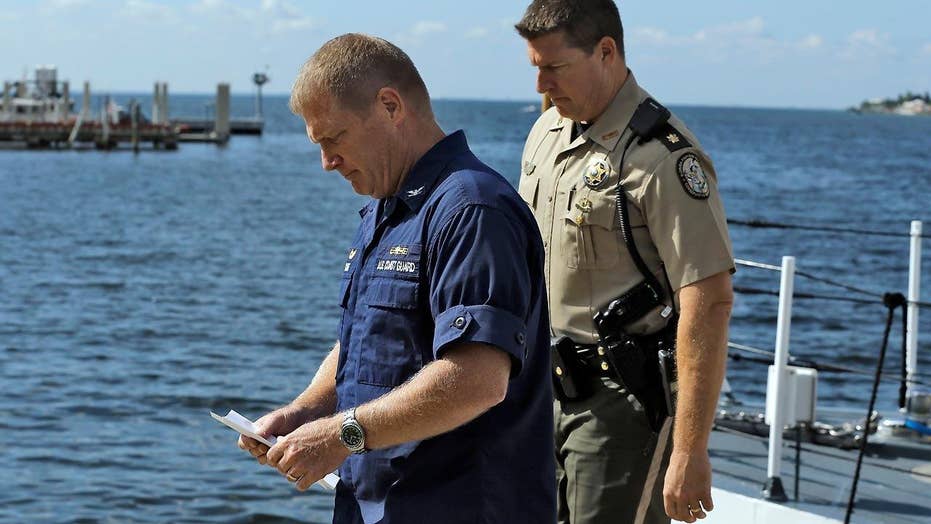 Rescue teams recovered a second body Thursday afternoon as they continued a desperate search for any survivors among a family of four who vanished on a sailboat off Florida's Gulf Coast.

Crews pulled a second, unidentified, body out of the water around 11 a.m. and located a mast believed to be from the missing ship at 11:55 a.m.

The first body, found late Wednesday night, was identified as 17-year-old Rebecca Kimberly by a family member Thursday on NBC. The teen had been wearing a life vest.

Rebecca, along with her father, Ace, and her brothers, 15-year-old Donny and and 13-year-old Roger, haven't been heard from since Sunday afternoon. That's when Ace phoned his brother to report the family had been caught up in six-foot waves and were "attempting to survive."

"We still have hope they're out there," Coast Guard Capt. Gregory Case said Thursday morning. "We're still searching. It's an active search and rescue mission."

The grim discovery followed a slight glimmer of hope Thursday morning when Case announced a rescue boat and helicopter had spotted what they believed to be a flare at 2:30 a.m.

The possible flare sighting is the first evidence that at least one of the Kimberlys may indeed still be out in the water alive.

A Coast Guard response boat and helicopter reported the three-second sighting at 2:30 a.m. Officials immediately developed a search pattern and have been covering the area ever since.

"Whether it was a flare or not we treat it like it was," Case said. "It was in the search area, and we're searching it very hard."

Case said it's possible the rising light wasn't a flare, but given the report came from Coast Guard crews, searchers were taking the sighting seriously.

"It could be anything -- plane light reflections -- we get thousands of reports, some of them are flares, some of them not," Case said. "But we treat them all as if they are and we're certainly treating this one like it was."

Around 1:15 a.m., Search teams also found a yellow kayak matching the description of one of the kayaks Ace was pulling behind his sailboat. At 8:15 a.m., a bucket was located that contained birth certificates, a pool noodle, a GPS, a toolkit and other items.

The Kimberly family was sailing to Fort Myers from Sarasota to have repairs done on the sailboat. Ace's brother contacted the Coast Guard Tuesday after the family failed to reach their destination.

The 29-foot boat did not have a name or a radio, CBS reported. Case said officials never received a distress call.

Case said Wednesday that the Kimberly family was "feeling very anxious and upset, and they're hoping for the best."

Mariners with any information were asked to contact the Coast Guard’s St. Petersburg sector at 727-824-7506.