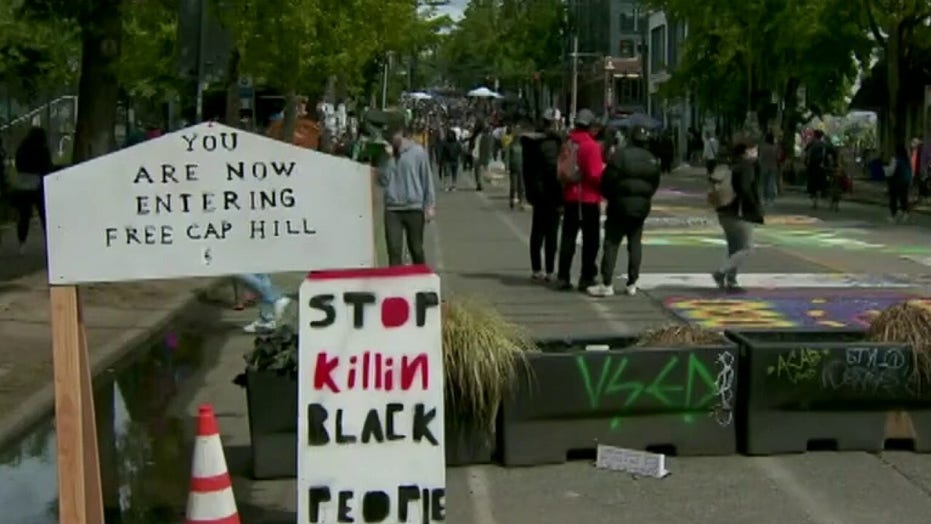 Inside Seattle’s self-proclaimed autonomous zone, black organizers have expressed doubt over the sincerity of white protesters, as the commandeered six blocks have transformed into a festival-like scene with many snapping selfies in front of murals of men and women who died while in police custody.

“Somebody’s dead. Why do black bodies have to be in the street for people to have to show up?" Tracy Stewart, an African-American mental health therapist, said to USA Today from a street corner in the self-proclaimed autonomous zone. "These people, I’m not even sure they know why they’re here.”

"White people need to stay in when it gets uncomfortable and stop treating this like it is a party," she continued. "The marching and the protesting, all of that is important. But the work is every day holding the mayor and the City Council and the Legislature and all the way up to the president accountable.”

The Seattle Police Department has so far been unsuccessful in identifying a clear leadership structure to begin negotiations with protesters, and infighting within the six blocks’ perimeters has continued -- most recently as some have tried to change the name of the zone from the Capitol Hill Autonomous Zone, or “CHAZ,” to the Capitol Hill Organized (or Occupied) Protest, or “CHOP.”

“This is not an autonomous zone. We are not trying to secede from the United States,” one protester, Maurice Cola, said Saturday in a video interview circulating on Twitter.

On Friday, thousands marched from the six-block zone in downtown Seattle to about 3 miles away at Madison Park Beach as part of an effort to mobilize the “affluent white communities of Seattle.”

Demonstrators shouted “Out of your homes and into the streets,” while passing the gated Broadmoor community. A separate “silent” march across the city stretched from Judkins Park to Jefferson Park.

“We want to engage them in this movement; it’s very important that if you say ‘Black Lives Matter’ that action follows,” protest organizer Jason Beverly told Capitol Hill Seattle on the march down E. Madison. “White affluent people are absolutely in a position where they can step up. You can talk to equity boards in your company, you can ask for funds or donations, you can step up for the African-American communities. There hasn’t been that response yet.”

Along with George Floyd and Breonna Taylor, who was shot and killed when police executed a no-knock warrant on her residence, protesters demanded justice for Shaun Fuhr, who was fatally shot by a Seattle police officer in the Mount Baker neighborhood in April.

Seattle Peoples Party leader, Nikkita Oliver, who spoke at the march, repeated calls to defund the Seattle Police Department by 50 percent, increase funding for community-based organizations, and ensure that protesters are not prosecuted. She also singled out Seattle Mayor Jenny Durkan, who visited the autonomous zone and joined protesters Friday.

Oliver said Durkan is “going to try to find $100 million somewhere in the budget for 10 years to give to the community, but it’s not going to be $100 million from the police.”