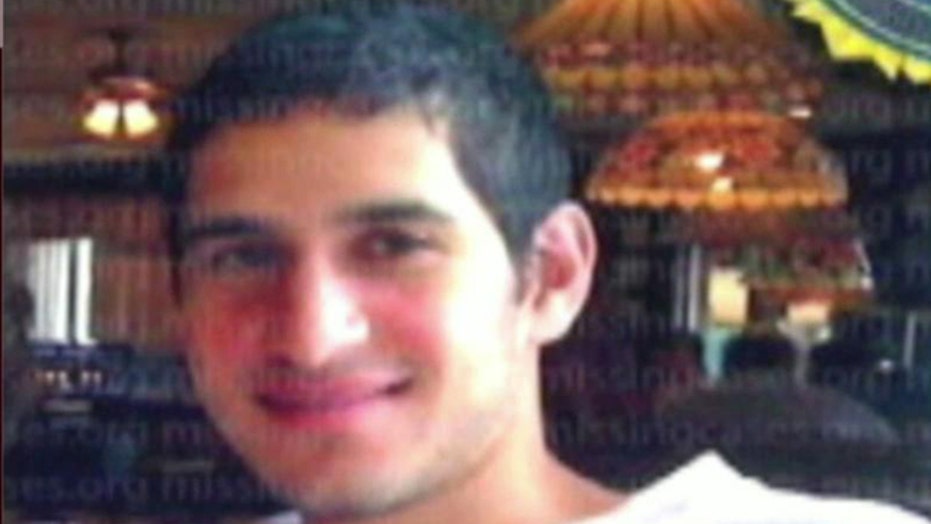 Tripathi's sister, Sangeeta, said supporters were also walking along Providence rivers at low tide in hopes of finding her brother. The FBI is aiding in the search, which has expanded to Boston, Connecticut, New York and Philadelphia.

"We hope that we can, altogether, find him and that he's safe," she said.

Tripathi, 22, originally from Bryn Mawr, Pa., and known as "Sunny," is on leave from the Ivy League school but was living in an apartment in Providence with classmates, his sister said. During his leave, he was volunteering at local libraries and at a chess club.

She said her brother had been acting normally in the days and weeks leading up to March 15, although he was going through a "tough time."

On the last day he was seen, a Friday, he had tea with a friend, spoke on the phone with his grandmother and had a lengthy text message conversation with his aunt in Boston, which was not unusual, Sangeeta Tripathi said. Around midnight, he traded text messages with his mother.

"All of those people felt nothing remarkably different was happening," his sister said.

On Saturday afternoon, she texted him and didn't hear back.

She says he left his wallet, credit cards and cellphone in his apartment as well as a note that was not addressed to anyone in particular. She would not discuss what it said.

"It was a very short note that was very vague and not conclusive," she said.

Other than his clothing, the only items he appears to have taken with him are a key to his apartment, an old, faded Brown ID and his glasses, Sangeeta Tripathi said.