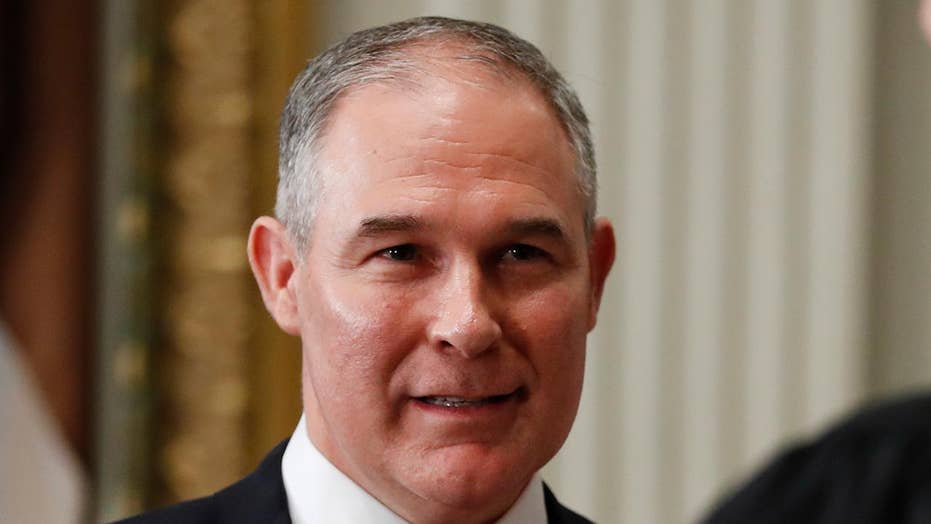 BOSTON – Hundreds of scientists, environmental advocates and their supporters held a rally in Boston on Sunday to protest what they see as increasing threats to science and research in the U.S.

Geoffrey Supran, a postdoctoral fellow at Harvard University and the Massachusetts Institute of Technology who studies renewable energy solutions to climate change, said scientists are responding to the Trump administration's "anti-science rhetoric."

"We're really trying to send a message today to Mr. Trump that America runs on science, science is the backbone of our prosperity and progress," Supran said.

The "Rally to Stand Up for Science" in Boston's Copley Square was held outside of the American Association for the Advancement of Science annual meeting, one of the first major gatherings of scientists since Trump was elected in November.

Some of those who turned out criticized Trump's appointment of Scott Pruitt as head of the Environmental Protection Agency over the objections of environmental groups.

During six years as the attorney general of Oklahoma, Pruitt filed 14 lawsuits challenging EPA regulations. He previously expressed skepticism about scientific evidence showing the planet is heating up and that humans are to blame. However, during his Senate confirmation hearing last month, he said he disagreed with Trump's past statements that global warming is a hoax.