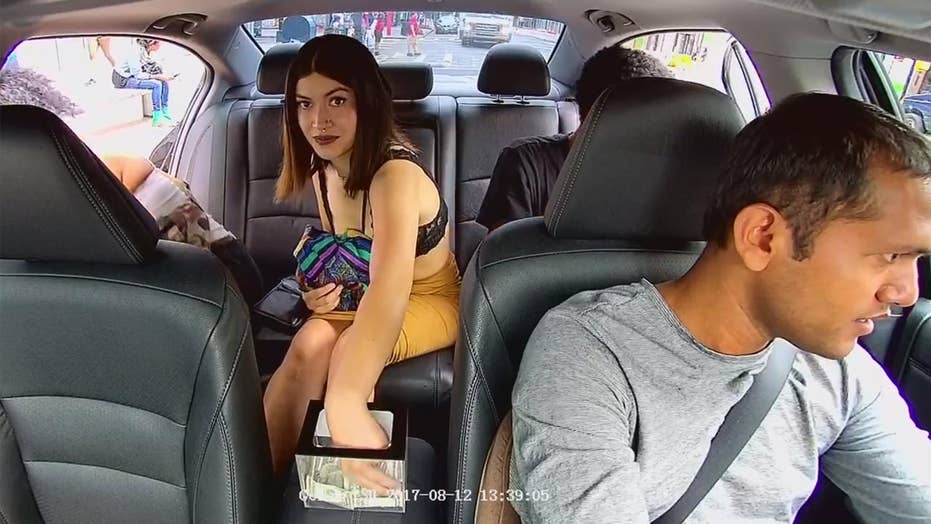 An Uber driver is up in arms after a scantily clad thief, wearing only a bra as her top, brazenly stole the driver's tip money, while showing apparent disregard for the surveillance camera taping her — even staring straight into the recording device at one point.

In the viral video, the woman is seen grabbing the cash from a tip jar set up on the center console seconds before dashing out of the car.

The driver is seemingly unaware of what is happening until moments after the woman leaves, when he seems to spot the empty jar out of the corner of his eye.

“What’s been shown has no place on our app and the rider’s access to the app has been removed,” an Uber spokesman told Fox News.

According to the Daily Mail, the incident occurred in New York in August and the driver said Uber sent him a canned response when he reached out via email.

“We understand your frustration with this experience,” the email said, according to the Daily Mail. “We’ve attempted to contact the rider by phone and email, but haven’t been able to resolve this issue.”

The email continued: “The rider responded to us and advised us that she didn’t steal your cash from the tip jar. If you believe the rider has your cash as captured from your dash cam and is refusing to return it, you may want to initiate a formal investigation via the police."

The driver said he has been too busy working to file a police report.

The NYPD said it has no record of the incident, the New York Post reported.

As for the alleged thief, her account has been deactivated by Uber and is no longer allowed to use the service.