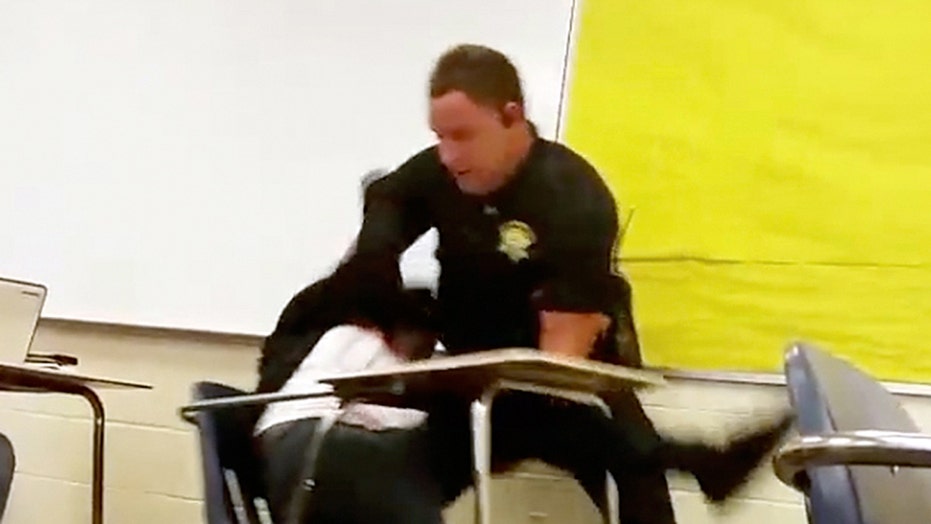 Sheriff announces termination of officer for throwing girl to ground

The South Carolina sheriff's deputy seen in a viral video flipping a female student out of her desk in a classroom has been fired from his job, authorities said on Wednesday.

Richland County Sheriff Leon Lott said at a press conference that Senior Deputy Ben Fields was terminated after it was determined by the office that the action he used to remove the student from did not follow proper procedure.

The student was being disruptive and refused to leave the classroom despite being told by a teacher and administrator to do so, Lott said, and that's when Fields was brought in Monday at about 11 a.m. to remove her. She again refused, and Fields told her she was under arrest, Lott said.

She continued to refuse, and at that point the video shows the deputy flipping the teen backward and then throwing her across the room. At that point, Lott said, Fields did not use proper procedure.

The agency's training unit looked at video of the incident and determined Fields did not follow proper training and procedure, the sheriff said.

Calls for Fields to be fired began mounting almost immediately after the video surfaced, and the FBI began a civil rights investigation at Lott's request. The confrontation was captured on cellphones by students, one of whom said it all started when the girl pulled out her cellphone and refused her math teacher's attempt to take it away during class.

FoxNews.com's Edmund DeMarche and The Associated Press contributed to this report