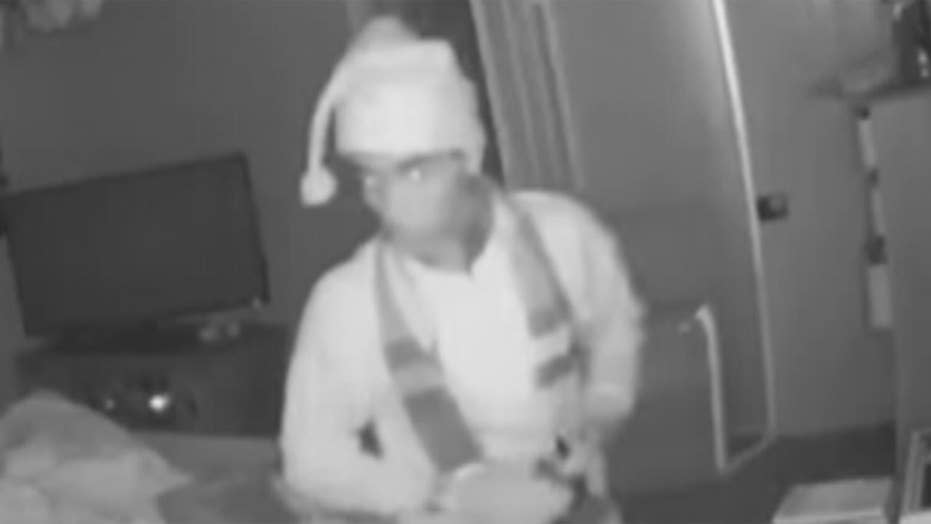 A Grinch is burglarizing homes in the nation's second-largest city -- and, just like the devilish and green Dr. Seuss villain, he's sporting a Santa hat during the spree.

The Los Angeles Police Department said in a news release a suspect wearing a holiday scarf and Santa hat had targeted homes in Studio City, near the Hollywood Hills, between Nov. 28 and Dec. 3.

In each incident, the suspect knocks on the front door or rings the doorbell at homes, and, if no one answers, he breaks in through the back of the homes by either smashing a rear sliding door or back window.

"Once inside, the suspect removed cash, jewelry, safes and firearms before leaving," police said.

The suspect has been captured on surveillance video in at least two of the burglaries, and is described as being between 18-25 years old and about 5 feet 10 inches tall and 140-160 pounds with a tattoo along his right jaw.

He's also been seen leaving with a getaway driver, who's behind the wheel of a dark sedan, according to the LAPD.

Anyone with information is urged to contact the L.A. Regional Crime Stoppers at 1-800-222-TIPS.