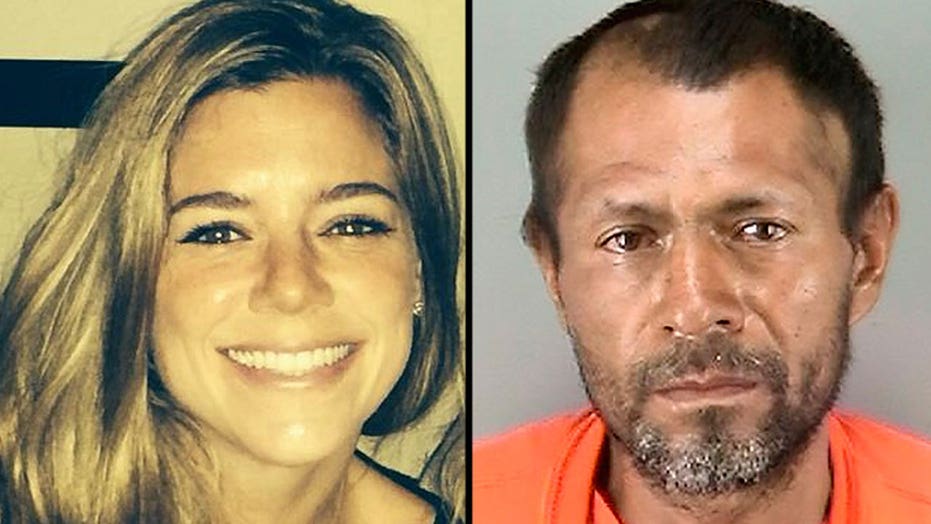 San Francisco officials plan to take another run at clarifying sanctuary protections for people who are in the country illegally, a policy that landed the city in national hot water last year when a Mexican man shot and killed a woman walking along a waterfront pier.

The Board of Supervisors will consider a proposal Tuesday that spells out when law enforcement can turn over criminal suspects to federal immigration authorities.

The measure calls for law officers to notify Immigration and Customs Enforcement only if a defendant is charged with a violent crime and has been convicted of a violent crime within the last seven years. That would be the only time city workers, including police officers, could disclose immigration status.

But San Francisco's sheriff has resisted the limitation, saying that she wants greater discretion over what is a relatively small pool of detainees. The sheriff, as a constitutionally elected official, does not have to follow the board's orders.

The measure's chief sponsor, Supervisor John Avalos, postponed a vote on the ordinance earlier this month, saying that he wanted everyone on the same page.

Advocates of sanctuary protections say a clear division between local law enforcement and federal immigration authorities is needed to foster trust. The law dates back to 1989.

The killing of Kate Steinle in July 2015 and the arrest of Juan Francisco Lopez-Sanchez put San Francisco's leaders on the defensive as critics and outside politicians called for a change in the city's sanctuary law.

The sheriff at the time cited the law in defending the release of the man, a repeat drug offender and habitual border-crosser. He lost re-election to a candidate who said she would have considered greater communication between the city and federal governments.

Sheriff Vicki Hennessey has said that the office receives about five requests a week to notify ICE of a detainee's status. She has not notified ICE in any of those cases, she said.

Hennessey also said that, like her predecessor, she may have ignored ICE's request for notification about Lopez-Sanchez, but at least she would have reviewed his case.