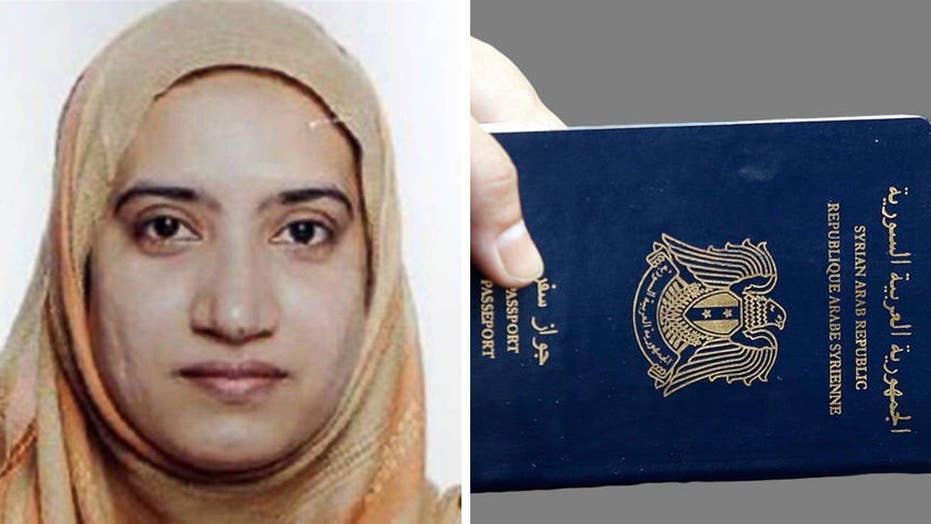 How did Tashfeen Malik pass 'rigorous' US visa screening?

The female terrorist who pledged allegiance to ISIS and with her husband gunned down 14 people at a holiday party in San Bernardino this month denied she planned to overthrow the government and reportedly told officials she was pregnant when applying for permanent U.S. residence in September 2014.

Tashfeen Malik, who gave birth on May 21, 2015, may have used her pregnancy to prove her marriage to Syed Farook was legitimate and aid her quest to obtain a green card. It’s unclear if Malik was actually pregnant when she made the claim. The application’s contents were revealed by a congressional official and reported by The LA Times on Monday.

The application also reportedly featured photos of Malik with Farook and Farook’s income information from his job as a San Bernardino County environmental health specialist. Farook, an American citizen by birth, would later take part in the massacre of his co-workers on Dec. 2.

Malik, a Pakistan native, first came to the U.S. from Saudi Arabia on July 27, 2014, married Farook the following month, signed her application for permanent resident on Sept. 20 and was granted a green card in July 2015.

The jihadi in-waiting checked “no” when asked if she had ever joined an insurgent group, had been a member of the Communist Party, had tortured anyone or had killed anyone. She also denied planning to engage in espionage or wanting to overthrow the government, according to The Times.

Malik, however, had reportedly sent messages in 2012 and 2014 supporting jihad and expressing a hope to join the fight, The Times reported earlier this month.

“Tashfeen Malik was subjected to numerous background checks at all stages of the review process,” a letter sent from the Department of Homeland Security to congressional committees last week said. The “for official use only” document was obtained by The Times.

“Those background checks did not reveal any derogatory information about Malik,” the letter said.

Farook may have known something about officials looking into the legitimacy of marriages during the visa application process. Farook’s brother, also named Syed Farook, and an alleged accomplice to an earlier plot, Enrique Marquez, married a pair of Russian sisters who each engaged in an alleged sham marriage at some point to remain in the country. Tatiana Chernykh married a man named Peter Gigliotti after overstaying her student visa, before ultimately marrying Farook. Mariya Chernykh married Marquez, though social media accounts show she actually lived with a man named Oscar Romero, who may also have been the father of her child.

Questions have also been raised about the K-1, or so-called fiancée visa, that Malik initially used to gain entry to the U.S. in July 2014. Subsequent reviews have been unable to prove the two terrorists actually met before Malik journeyed to the U.S. to marry Farook.