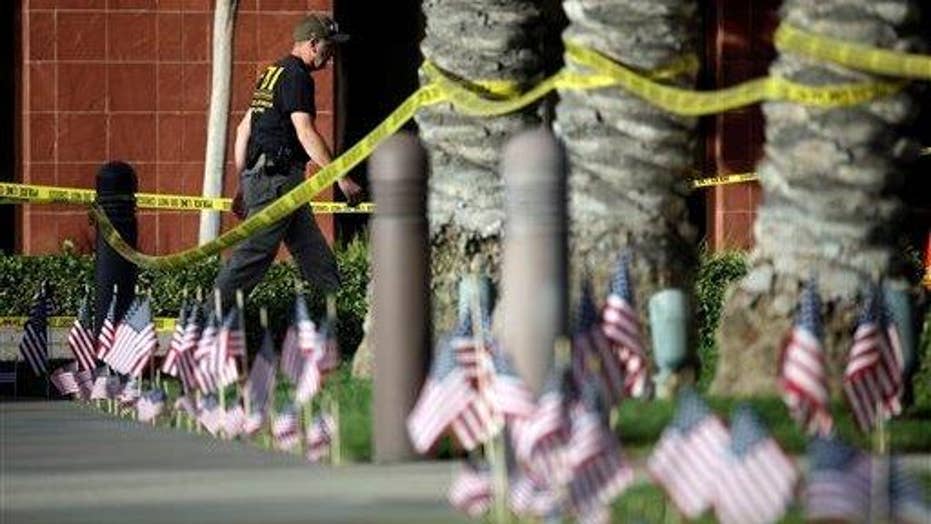 Could attack have been prevented by going on Facebook?

San Bernardino terrorist Tashfeen Malik sent at least two private Facebook messages to a group of friends in Pakistan months before she arrived in the U.S., pledging her support for Islamic jihad and expressing hope she could someday join the fight against the West, according to a published report.

The Los Angeles Times, citing two federal law enforcement officials, reported that one of the messages was sent in 2012 and the other in 2014. The paper's report added that the messages were written in Urdu, Pakistan's official language, and sent only to "a small group of her friends."

She started studying pharmacy at Bahauddin Zakariya University in the Pakistani city of Multan in 2012. However, it was not immediately clear if the messages preceded her enrollment.

Malik and her husband, San Bernardino County health inspector Syed Farook, killed 14 people and injured 21 others when they attacked and opened fire on a county office building Dec. 2. They were killed hours later in a gun battle with local authorities.

The Times reported that Malik's Facebook messages were recovered by federal investigators who are looking into whether the pair received any direct funding, instruction, or other support from an overseas terror organization. So far, the FBI has said only that the couple appeared to be "self-radicalized" years before they met and married. No international terror group has claimed direct credit for the attack, though ISIS proudly described the two as "supporters" shortly after the attack.

The revelation of Malik's radical social media posts have triggered an uproar among lawmakers who want to know how Malik was permitted to enter the U.S. on a K-1, or fiance visa in July 2014. The Wall Street Journal reported late Monday that the Department of Homeland Security was working on a plan that would enable officials to expand their scrutiny of social media posts as part of the visa application process. Currently, the department only looks at postings intermittently as part of three pilot programs that launched earlier this year.

State Department spokesman John Kirby told reporters Monday that decisions to review a person's social media accounts are made on a case-by-case basis. He also noted that other factors, like a false name or changing privacy settings on an account, would likely be enough to prevent consular officials from discovering incriminating information.

In addition to Malik's social media footprint, law enforcement sources told Fox News that she also supported radical groups through other communications. Investigators were also examining the couple's money trail, which they say leads outside the United States. However, it is unclear at this time how far the connections go or how close they come to international terror groups.

The Los Angeles Times also reported that the search of a San Bernardino lake near the shooting scene turned up nothing that could be linked back to the couple.

"At best it was a hunch that something was in there," one official told the paper after a search that was completed over the weekend. Authorities said a tipster had recalled seeing the couple by the lake on the day of the attack.

Federal investigators continued to lean heavily on Enrique Marquez, a former next door neighbor of Farook who bought two AR-15 rifles used in the Dec. 2 attack at least three years ago. Marquez has told authorities that Farook discussed carrying out an attack in the Los Angeles area in 2012, but changed his mind after other terror arrests were made in Southern California.

Late Monday, law enforcement sources told Fox News that investigators are continuing to receive a high volume of tips nearly two weeks after the shooting. The sources also said that they are beginning to receive complaints from people who knew Farook and Malik and claim they are being unfairly targeted by law enforcement. The sources said it was possible that some may be using the complaints to mask suspicious associations.

Meanwhile, the bodies of Farook and Malik remained at a local morgue late Monday as the couple's families continue to try to work out the details of their burial.