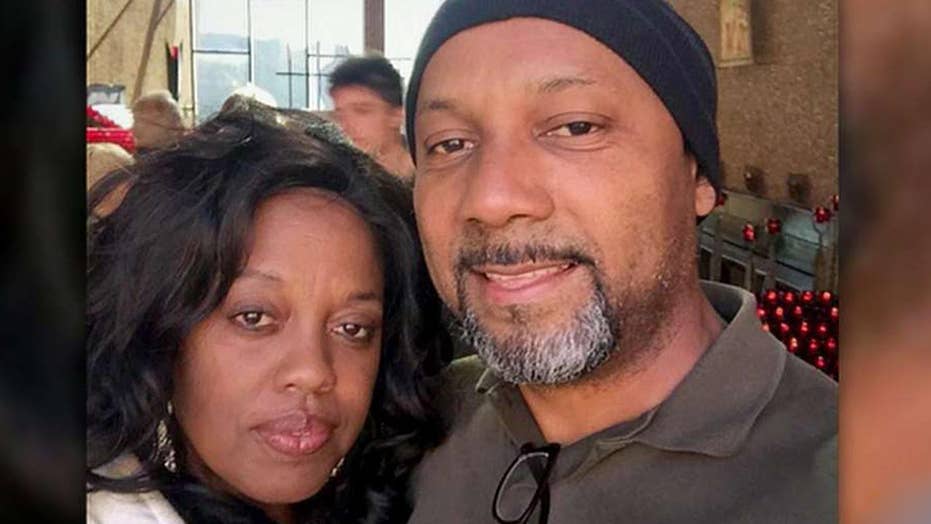 Officials say gunman had a history of violence, domestic charges

A classroom aide who was just steps away from the murder-suicide at a Southern California elementary school, which left one other student dead, said she believes the gunman was “out for blood.”

Jennifer Downing told the Riverside Press-Enterprise on Thursday that she thinks Cedric Anderson would have killed others at North Park Elementary in San Bernardino if he had not run out of bullets and stopped to reload Monday.

Downing said she had only worked with Smith for a short time. She told the newspaper that the teacher almost never talked about her personal life but once mentioned that she was stressed because of a divorce.

"She's the most private person I've ever worked with," she said of Smith.

Downing had never seen Anderson, 53, before he showed up at the classroom and opened fire without saying a word.

Anderson killed his estranged wife, teacher Karen Elaine Smith, and an 8-year-old boy, Jonathan Martinez, in a special-education classroom at the elementary school before turning the gun on himself. Another student, 9-year-old Nolan Brandy, was shot and is recovering and in good spirits, his family said Wednesday.

At the time of the shooting, Smith, Downing and another aide were working with tables of four to five students. Downing said she had no idea Anderson was even in the room until the first shot popped off.

Anderson kept firing in the seconds it took for Downing to process what was happening. She saw Smith, 53, slumped over at the desk where she had been sitting with her group.

Downing said she saw the 9-year-old get shot.

"So in my mind, I'm thinking 'He's shooting anybody and everybody,'" she said.

At some point Anderson "stopped, and messed with his gun" and that's when she fled with two students. Later, Downing would find out from the other aide that Anderson tried to fire on other targets after Smith.

"She said he raised the gun to her — and it clicked. He was out" of bullets, Downing said.

According to the San Bernardino Police Department, Anderson fired 10 shots, stopping to reload his six-shot revolver midway through.