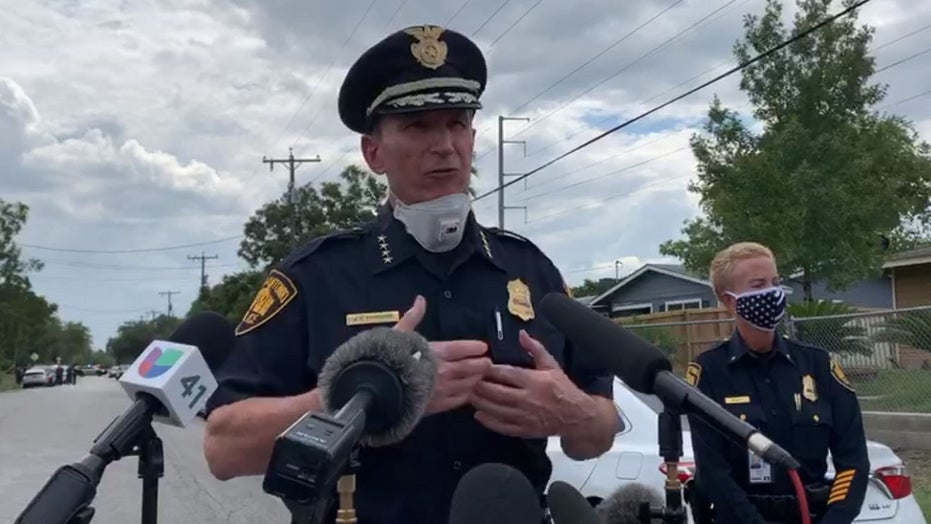 A criminal suspect in Texas was fatally shot Tuesday while fighting with a police officer during an attempted arrest, authorities said.

Several San Antonio police officers in uniform and plainclothes were serving two arrest warrants for domestic violence and a bond violation for a family violence offense.

The suspect was in a front yard when officers approached him to make an arrest.

"When the officer grabbed him to place him under arrest, he fought, he hit the officer in the face with a can of paint," San Antonio Police Chief William McManus told reporters at the scene.

The officer and suspect fell to the ground and wrestled. During the struggle, the suspect pulled the officer's gun from his holster, McManus said.

"The two fought over the gun and one of the officers fired one shot," he said.

The unidentified suspect was hit and taken to a hospital where he later died. It was not clear how many shots were fired and where the suspect was hit.

The officer received minor injuries to his face from the paint can, McManus said. He said the department will not release footage from police body cameras at this time.

"We release body cam video when it's allowed by law," he said. "Right now, there's an investigation that's just beginning."