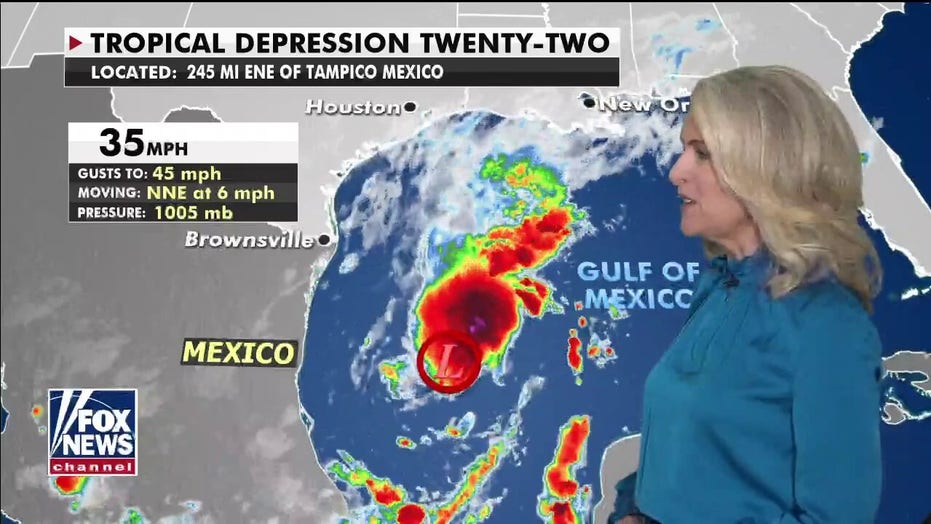 The U.S. will trade one hurricane for another as Sally departs, replaced by Teddy as well as the potential Tropical Storm Wilfred that is brewing in the Gulf of Mexico.

What’s left of Sally is finally moving offshore today thanks to a cold front sweeping across the East. We are still watching Hurricane Teddy, which is forecast to brush Bermuda early next week and perhaps impact parts of Northern New England and Atlantic Canada.

The National Hurricane Center (NHC) advised on Friday morning that Tropical Depression 22 may develop into Tropical Storm Wilfred later in the day.

Warnings for Bermuda are also in effect as "Teddy's track and intensity near the island are not yet known," with risks of strong winds and heavy rainfall increasing for the island.

Tropical Depression 22 will likely be named Wilfred and the system will meander in the Gulf of Mexico before eventually moving Northward.  This will need to be watched early next week as well.  Right now Texas and Louisiana could see heavy rain from this system, but there’s still quite a bit of uncertainty as to timing, strength and location of where this storm will go.

A large area of high pressure anchored across the Great Lakes is bringing much cooler, drier air into the region.

Freeze warnings and frost advisories are up where temperatures will be much more fall-like this weekend and that cooler air will spread all across the East coast including the Southeast.

Much needed rainfall is heading into the Northwest with cooler temperatures, however, we still have fire danger over the Great Basin and Rockies where red flag warnings are still up through the weekend.

Poor air quality from the smoke is still an issue for much of the West.

In recent weeks, the smoke from wildfires in the West has been thick enough to affect visibility in states such as Utah, which have so far managed to avoid much wildfire damage.