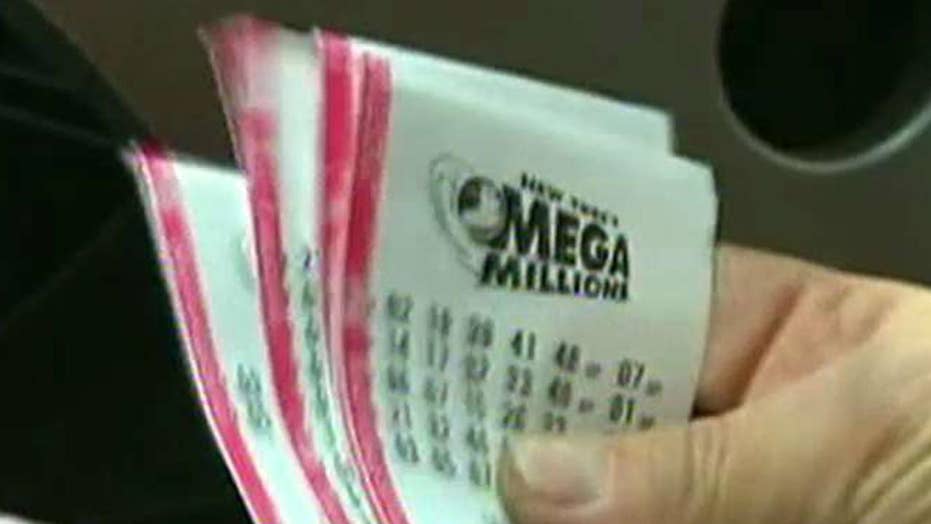 The $521 million jackpot has been won.

A Mega Millions lottery ticket for Friday's drawing, worth more than $500 million, was reportedly bought in New Jersey. But the identity of the winner remained a mystery Saturday.

"The last couple of days we sold a lot of tickets ... so I don't know if it's a guy, a woman, or who it is," gas station manager Nash Riad told the Associated Press. "We sell tickets all the time, all day."

A cashier checks out a customer at a Lukoil service station where the winning ticket for the Mega Millions lottery drawing was sold, Saturday, March 31, 2018, in Riverdale, N.J. (Associated Press)

Ameer Karass, who has owned the Lukoil location for five years, said he was thrilled when he heard that his business in Riverdale, Morris County, sold the winning ticket. Since then, he said, people have been calling and stopping by to share their congratulations.

"I woke up to that news and it's great," Karass said. "I'm really happy for the winners."

"It's a celebration. It's Christmas coming in Easter," he added.

The recipient could choose the $521 million annuity payment option, doled out over the course of 29 years. Or the cash option would value at $317 million.

A sign is displayed near scratch-off tickets inside a Lukoil service station where the winning ticket for the Mega Millions lottery drawing was sold, Saturday, March 31, 2018, in Riverdale, N.J. (Associated Press)

New Jersey Lottery confirmed on Twitter Saturday that the jackpot ticket was purchased at the Lukoil station in Riverdale. The area is in the northeastern part of New Jersey, about 30 miles outside of New York City.

New Jersey Lottery Acting Executive Director John M. White had some advice Saturday for the winner -- whoever that might be.

"We encourage the winner to sign the back of the ticket, make a copy of both sides and put it in a safe place, and contact Lottery Headquarters at 609-599-5875 to arrange to file a claim for this 'Mega' jackpot prize,” White said in a statement.

No one has matched all six numbers in the nation’s 10th largest lottery jackpot since January.

Mega Millions is played in 44 states plus Washington, D.C., and the U.S. Virgin Islands.