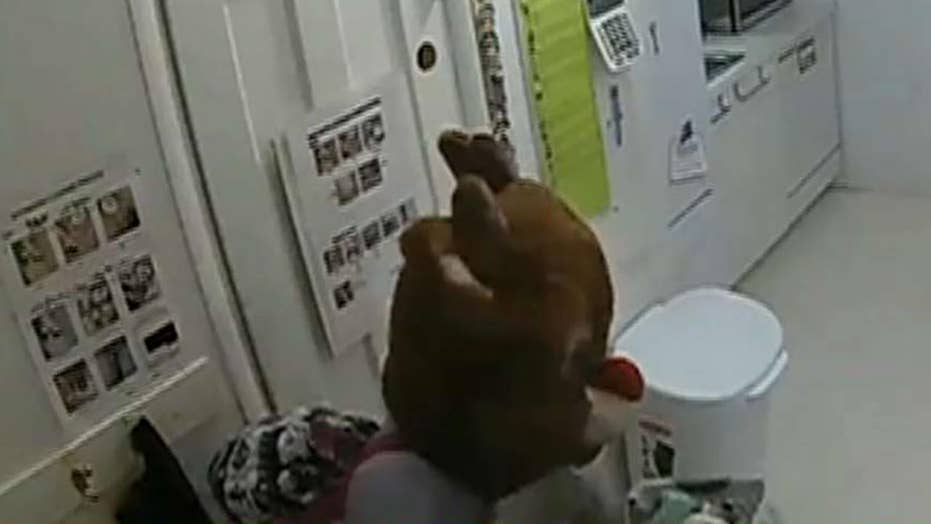 Authorities in Fort Collins, Colorado use a festive Facebook post to seek the public's help in catching a robbery suspect who broke into a local business disguised as the popular Christmas reindeer.

Is the most famous reindeer of all a criminal?

Police in Fort Collins are asking the public to help identify someone captured on surveillance video breaking into a business last week while wearing a giant “Rudolph” mask.

“Rudolph the Red Nosed Burglar had a very shady scheme and if you saw the video it would want to make you scream,” Fort Collins Police Services posted on their Facebook page in their own rendition of the popular Christmas song.

Police say “several items” were stolen from the business on Dec. 18 and if “you have any info about this incident or know [the] suspect's identity, let us know so we can notify St. Nick."

They added: “All of the other burglars used to steal without disguise, they weren’t like this Rudolph, she’s different from the other guys."