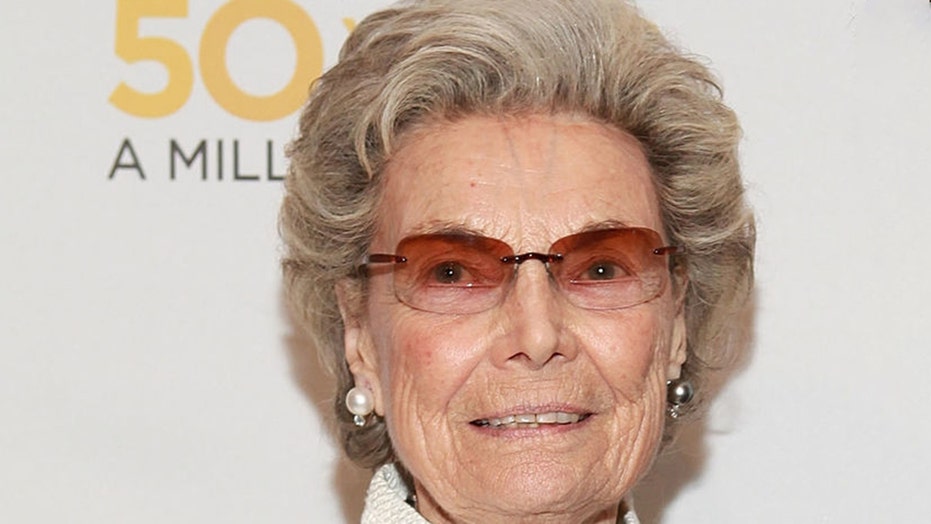 Rosalind P. Walter, also known as "Rosie the Riveter," died Wednesday at the age of 95 in New York City.

During World War II, Walter, affectionately called "Roz" by friends, worked the night shift driving rivets into the metal bodies of Corsair fighter planes at a plant in Connecticut, a job previously reserved for men.

A newspaper column about her inspired a morale-boosting 1942 song that turned her into the legendary Rosie the Riveter, according to The New York Times.

Other women went on to become Rosie the Riveter models for posters and magazine covers for the War Production Board. The iconic "We Can Do It!" poster, which became a feminist symbol, was modeled after Naomi Parker Fraley, who died in 2018.

NAOMI PARKER FRALEY, THE REAL ROSIE THE RIVETER, HAS DIED AT 96

Walter was born in Brooklyn on June 24, 1924. She married Henry S. Thompson, a lieutenant with the Naval Reserve and a graduate of Stanford University, and the two had a son, named Henry, before divorcing in the 1950s.

But beyond inspiring the wartime heroine, Walter was a major philanthropist who supported public television with several programs on PBS and was the largest supporter of WNET in New York, financing 67 shows or series starting in 1978.

Along with her second husband, Henry Glendon Walter Jr., who was president and later chairman and CEO of International Flavors and Fragrances, she gave to the American Museum of Natural History, the Pierpont Morgan Library, Long Island University, the college scholarship program of the U.S. Tennis Association and the North Shore Wildlife Sanctuary on Long Island.