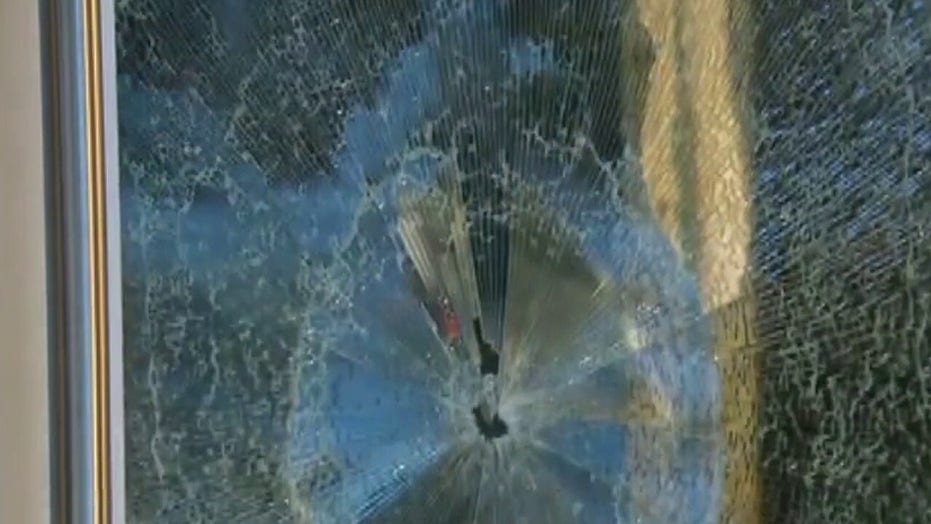 A Ronald McDonald House in Chicago, where families of hospitalized children stay, was targeted by looters overnight Sunday, according to reports.

Looters smashed windows while families slept at the house, which is near Lurie Children's Hosptial.  The building was briefly placed on the lockdown, according to WBBM-TV.

"They are already in a really, really difficult spot, and having this kind of additional stress and worry about getting to and from the hospital, even though we are five blocks away because of safety concerns, is just doubling the strain," Lisa Mitchell, of Ronald McDonald House Charities, said.

"[We were] very concerned there was a lot of activity right in front of the house, people making choices that could put them at risk and put our families at risk so the staff was frightened," she added.

More than 30 families were inside the house during the looting, according to WLS-TV.

Thousands participated in widespread looting and vandalism in downtown Chicago early Monday morning sparked by an officer-involved shooting of a man who reportedly opened fire on police.

“We’re here for families at all times – whether there’s a pandemic or civil unrest, we need to make sure that we are here allowing families to get the rest they need while they have a child in the hospital seeking care, and so it’s so important that anything that might be going on outside, we maintain our care for families,” Mitchell told WBBM.

More than 100 were arrested and 13 officers were injured in the melee that caused millions of dollars of damage.

A security guard and another person were shot and hospitalized in critical condition, FOX 32 in Chicago reported.

“This was straight-up felony criminal conduct,” Mayor Lori Lightfoot, who has restricted nighttime access to downtown, said. “This was an assault on our city.”