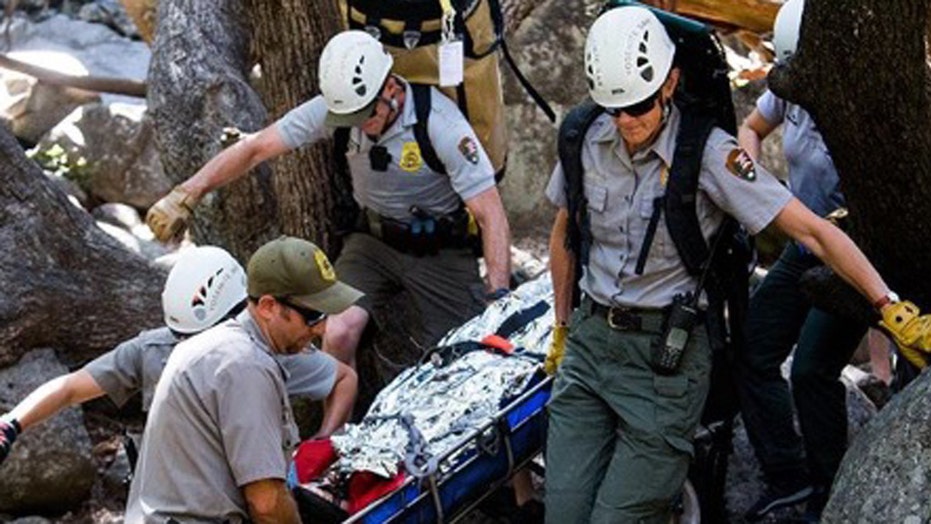 One person is dead and two more were injured in three separate falls this week at popular waterfalls in Yosemite National Park, prompting park officials to warn tourists against climbing the dangerous features.

Lucian Miu, a 21-year-old Romanian tourist, was climbing on wet rocks below Bridalveil Fall on Wednesday when officials said he bypassed several signs that advised against straying from the designated trail. He reportedly “scrambled up the boulder field” toward the base of the waterfall and slipped off a wet rock, plummeting 20 feet below.

Park officials said in an Instagram post that rescue teams were called in and airlifted the man from the “dangerous terrain” to El Capitan Meadow. He was transported to an area hospital where he was pronounced dead.

A similar fall happened Monday when another hiker slipped and fell after ignoring the posted signs.

On Thursday, a third park visitor was injured after slipping off a boulder at the base of Lower Yosemite Fall. The hiker became trapped underwater between several rocks before eventually breaking free.

Officials said bystanders helped the person out of the water where they were then tended to by rescuers who provided aid before being transported an area hospital.

The falls prompted park officials to issue a warning to daring hikers: “do not perceive popularity as an endorsement for your safety.”

“Over the last few years at Bridalveil Fall alone, there have been 23 documented incidents in which visitors have slipped and injured themselves, 14 of which involved head injuries,” the Instagram post read. “Although others may be engaging in the same activity, do not perceive popularity as an endorsement for your safety. When you go into these areas, you’re not only exposing yourself to serious injury but also your rescuers.”

Officials said the boulders by the falls are extremely smooth, having been polished by the water, and can present a great danger to unsuspecting tourists.