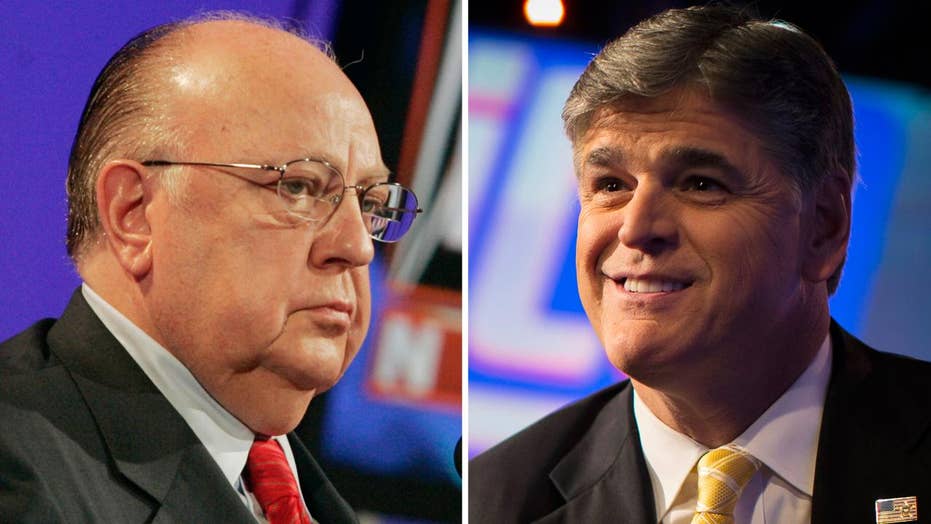 Fox News host speaks out: He was a 'true genius'

Sean Hannity tweeted out a statement Thursday in response to the death of Fox News' former chairman and CEO, Roger Ailes.

Today America lost one of its great patriotic warriors. RA. For Decades RA's has impacted American politics and media. He has dramatically and forever changed the political and the media landscape singlehandedly for the better. Neither will ever be the same again as he was a true American original.

Few people in this life will ever reach the profound level of impact that Roger Ailes had on the country every single day. As his opponents played checkers in life, Roger was always the strategist, playing Chess 5 steps ahead at a whole other level.

On a personal note, were it not for Roger Ailes, I would not be the person I am today. In 1996 he took a huge risk on an inexperienced, young, local radio talk show host in Atlanta. To this day I have no earthly idea why I was hired and not fired early on, as I had little television experience when I was hired by FNC, as old tapes humbly remind me.

He saw something in me and many others he hired that we never saw in ourselves, and forever changed the trajectory of thousands of peoples lives. In many ways he was like a second father after I lost my father 6 months after I started at FNC in 3/97. I am forever grateful.

Our thoughts and prayers now turn to him, his Wife Beth, his son Zachary, his brother and his family. He will be deeply missed.

It would be nice if the media would leave Roger and his family alone in their time of grief, but knowing people that hated him and his politics, and those that forget "all have sinned and fallen short" and "cast the first stone" I doubt that will happen.

But to his enemies know this; I say ADVANTAGE ROGER, In his mind he just has a head start in preparing to kick your ass in the next life.