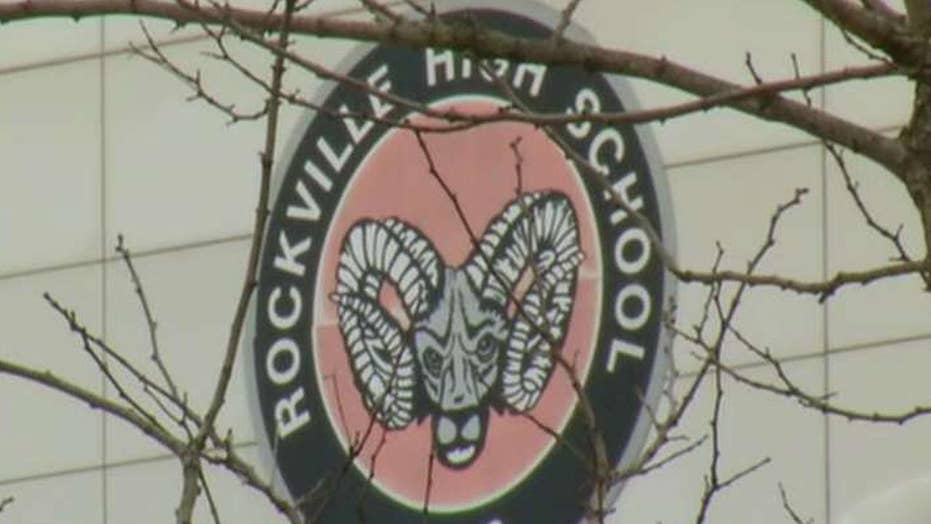 The facts are horrifying enough to lend powerful emotion to a national policy debate.

On March 16, inside a Rockville, Md., high school restroom, Henry Sanchez-Milian, 18, and Jose Montano, 17, allegedly forced a 14-year-old female student into a boys bathroom where they sexually assaulted her.  The suspects, like their much-younger victim, are ninth-graders.

The two have been arrested and charged with first-degree rape and sexual offense.  But, as appalling as the attack was, it’s become about something bigger.

That’s because the attackers had apparently entered the U.S. illegally the year before. Montano, from El Salvador, was apprehended in April, and Sanchez-Milian, from Guatemala, in August. Border Patrol agents caught them near McAllen, Texas. They were ticketed for deportation, but after being detained in federal custody, both were handed over to the Office for Refugee Resettlement and allowed to join relatives in Maryland.

The two were among 150,000 unaccompanied minors, mostly from Central America, who have been admitted into the U.S. in the past few years.

The story has put a spotlight on President Trump’s efforts to stem the flow of such immigrants. As White House Press Secretary Sean Spicer put it, “part of the reason the president has made illegal immigration and [a] crackdown such a big deal is because of tragedies like this.”

Despite the alleged rape and a lengthy list of other crimes committed by illegal immigrants in recent years, including murders, rapes and drunken driving manslaughter cases, there has been open defiance of Trump’s policies in states and cities that declare themselves “sanctuaries” and refuse, to varying degrees, to cooperate with federal immigration authorities when they come into contact with an illegal immigrant.

Communities in Maryland have long promoted themselves as safe havens for illegal immigrants. Montgomery County, in which Rockville sits, denied 63 Immigration and Customs Enforcement requests to turn over such aliens just last year.

Even in the aftermath of the Rockville High School attack, the state legislature is considering a bill to resist the demands of federal authorities and declare Maryland America’s first sanctuary state. Republican Gov. Larry Hogan has called the legislation “outrageously irresponsible” and promises to veto it.

The Rockville case has emboldened Maryland citizens to fight back, challenging policies that allow illegal immigrants into the country and place them in their schools.

“The system failed this girl” Bruce Botwin, director of Help Save Maryland, a group opposing illegal immigration, told The Washington Times. “If my kid didn’t have a polio shot, they wouldn’t allow my son or daughter to enter the school but they’re telling me they aren’t screening [immigrant students]?”

“While some would try to make this into a question and issue of immigration, what comes down here is we serve every student who walks through our door,” Smith told CNN. “We are a public school system, and we serve all of our students when they come to us.”

While Smith agrees the rape was “unacceptable” and “tragic,” he notes “people choose to do very bad things” and that “schools—relative to the rest of the world—are among the most safe places we can be in our community.”

The Rockville case, like the July, 2015 murder of Kate Steinle by an illegal immigrant in San Francisco, has already become a new flashpoint in the policy debate over sanctuary cities. The Trump administration’s Department of Homeland Security is pressing the fight with its recent “name-and-shame” list of sanctuary cities—118 jurisdictions that don’t cooperate with federal agents.

While many across the nation are defying the White House, polls suggest a majority of American oppose sanctuary cities. After the horror of Rockville, critics of sanctuary cities may find they have added momentum on their side.