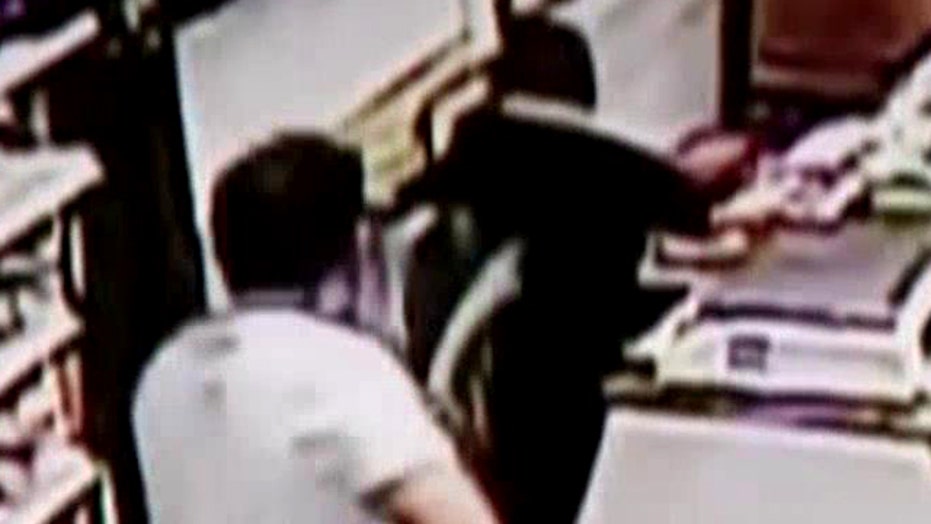 PITTSBURGH – Two ninja-clad teens armed with a knife and expecting an easy robbery at a Pittsburgh convenience store got quite a shock when the owner pulled out a sword and started chasing them.

Surveillance video shows the teens entering Perry Market on Friday night. One goes behind the counter with his knife and demands money.

But store owner Jewad Hayitt was prepared, pulling out a sword to knock the smaller weapon out of one teen's hand. A customer grabbed the second suspect, but he broke free and both teens ran away.

The suspects remained at large Tuesday.