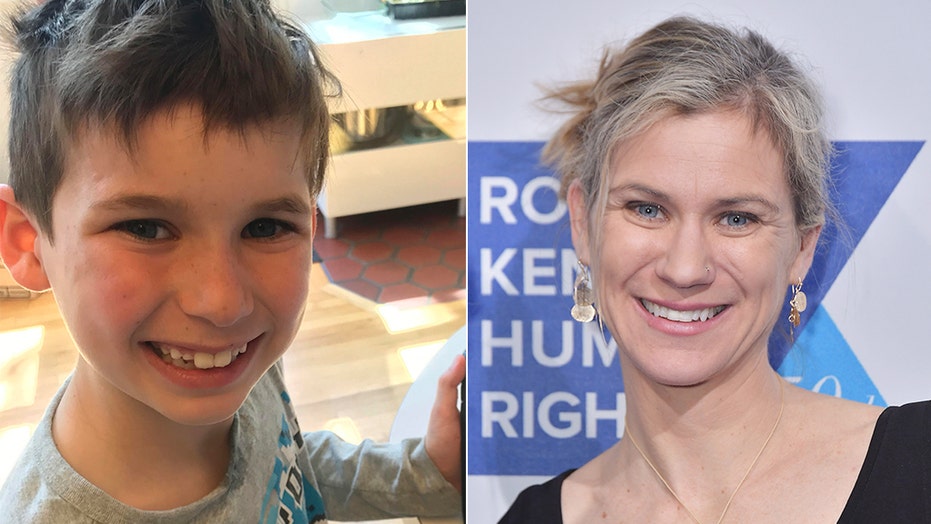 The granddaughter of Robert F. Kennedy had taken her family to Maryland and was staying at her mother’s house to escape the coronavirus, her grief-stricken husband said.

Maeve Kennedy Townsend McKean, 40, and her 8-year-old son Gideon McKean were in a canoe in Chesapeake Bay near Annapolis when they disappeared Thursday. The Coast Guard called off the search Friday night.

“It is clear that Maeve and Gideon have passed away,” McKean’s husband said on Facebook Friday.

“We were self-quarantining in an empty house owned by Maeve’s mother Kathleen on the Chesapeake Bay, hoping to give our kids more space than we have at home in DC to run around,” David McKean said.

He said his wife and son got in the canoe to chase a ball that went into the water as the two of them were playing a game of kickball near a small, shallow cove behind the house.

This undated image posted on Maeve Kennedy Townsend McKean's Facebook account shows her with her family, including her son Gideon Joseph Kennedy McKean, bottom right. Authorities were searching for the daughter and a grandson of former Maryland Lt. Gov. Kathleen Kennedy Townsend on Friday, April 3, 2020, after a canoe they were paddling in the Chesapeake Bay didn’t return to shore. (Twitter via AP)

"They got into a canoe, intending simply to retrieve the ball, and somehow got pushed by wind or tide into the open bay," McKean said. "About 30 minutes later they were spotted by an onlooker from land, who saw them far out from shore, and called the police. After that last sighting, they were not seen again. The Coast Guard recovered their canoe, which was capsized and miles away, at approximately 6:30 (Thursday) evening."

Gideon was “deeply compassionate, declining to sing children’s songs if they contained a hint of animals or people being treated cruelly," McKean said of his son.

He said of his wife: “She was my everything.”

McKean was the mother of two other children, Gabriella, 7, and Toby, 2.

"As Gabriella and Toby lay sleeping next to me last night, I promised them that I would do my best to be the parent that Maeve was, and to be the person that Gideon clearly would have grown up to be," David McKean said.