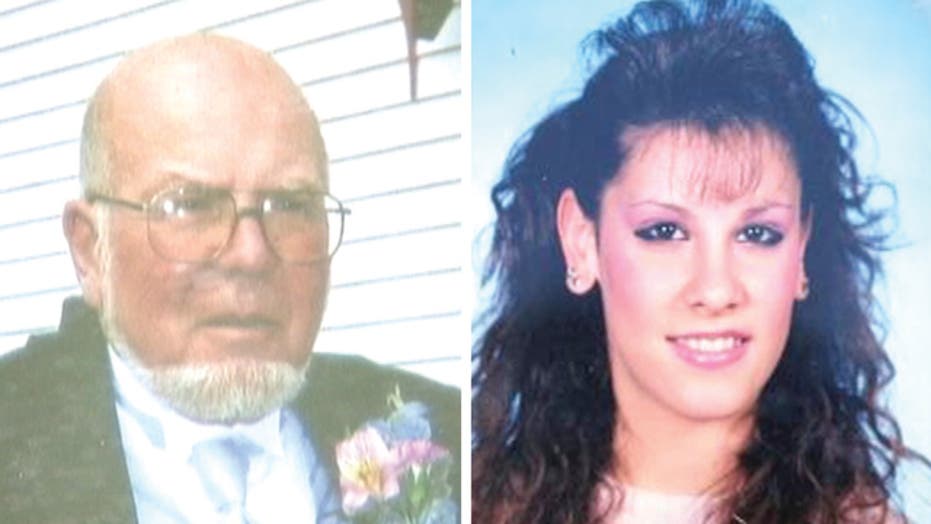 Cops: Murder suspect who fled into forest could be anywhere

A 75-year-old fugitive who escaped into a vast New York forest after allegedly murdering his daughter-in-law may well be alive some 19 months later, police said Friday, while confirming a reward is being offered for information leading to his arrest.

Eugene Palmer, of Stony Point, N.Y., is wanted in the Sept. 24, 2012, shooting death of his daughter-in-law, Tammy Palmer, in what authorities have described as a premeditated murder.

Palmer waited for his 39-year-old daughter-in-law to place her to two children on a school bus before shooting her three times with a bolt action shotgun as she walked up the driveway toward her home, police said. Palmer, a retired part-time park ranger, then fled into Harriman State Park -- a 46,000-acre stretch of woodland filled with caves, root cellars and abandoned mine shafts that borders the man's home.

"I believe he went into those woods and eventually came out," Sgt. George Lutz of the Haverstraw Police Department told FoxNews.com on Friday. Lutz declined to elaborate further on that theory or how Palmer, who was on heart medication and said to be in poor health could survive.

When asked if he suspects Palmer is still alive, Lutz said, "Of course."

"We are investigating this case as if he's alive," he said. "We have no proof that he's not. We're not going to stop investigating until we have Mr. Palmer or his remains."

Lutz confirmed that a $2,500 New York State Crime Stoppers reward is being offered for information leading to Palmer's arrest and conviction. Lutz said the Haverstraw Police Department were recently approached by Crime Stoppers about a possible reward and accepted, after extensive searches of the park using blood hounds and other methods yielded no sign of Palmer.

Palmer's sons, meanwhile, have said they believe their father -- a severe diabetic -- died in the woods. Lutz said Friday that no remains have been found despite searches in the park where Palmer might have sought shelter.

Hours after the shooting, police found Palmer's abandoned pickup truck on an old fire road about a quarter mile into the park. An extensive manhunt ensued, using air and foot patrols as well as bloodhounds. A "hit" was detected by one of the dogs, leading police to a campsite within the park, but the scent "went cold" at that location, authorities said.