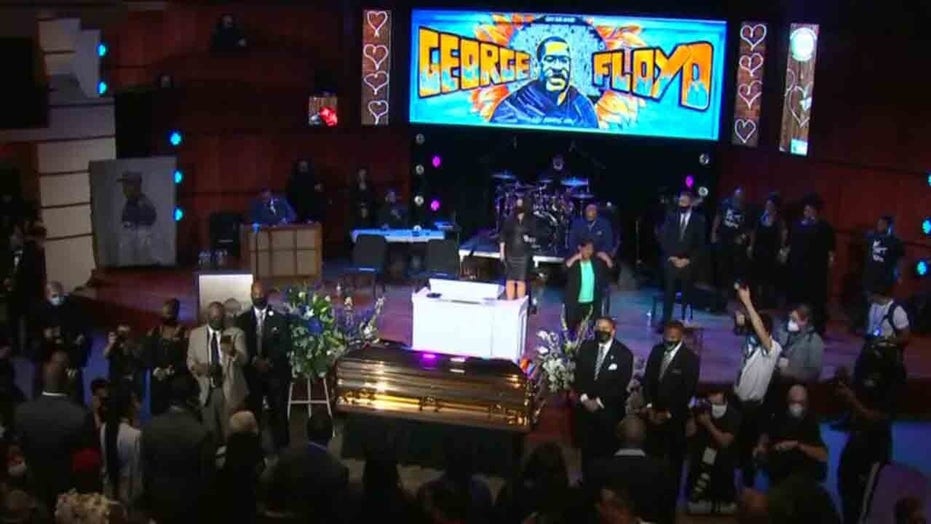 Fox News analyst Lawrence Jones speaks out about the death of George Floyd.

In wake of the death of George Floyd, a black man who pleaded for air as a white Minneapolis officer held a knee on his neck, a viral video from 2014 of Milwaukee’s former police chief Ed Flynn began to spread again around the web.

The video, filmed by Milwaukee Journal Sentinel reporter Ashley Luthern, got thousands of likes and retweets including from Donald Trump Jr., son of President Trump, who retweeted it while stating "This is a must watch and RT. This is the difference between the truth and the narrative the media runs with. Why won’t the media cover this side of things?"

The video was filmed on Nov. 6, 2014, at a civilian oversight board after Flynn fired officer Christopher Manney in the fatal shooting of Dontre Hamilton.

During the meeting, he said he was told 5-year-old Laylah Petersen was killed in a shooting.

In the video Flynn speaks of his rage about media coverage of violent crime and police misconduct.

"Now they know all about the last three people that have been killed by the Milwaukee Police Department over the course of the last several years. There’s not one of them who can name one of the last three homicide victims we’ve had in this city. Now there’s room for everybody to participate in fixing this police department, and I’m not pretending we’re without sin. But this community’s at risk alright, and it’s not because men and women in blue risk their lives protecting it. It’s at risk because we’ve got large numbers of high-capacity, quality firearms in the hands of remorseless criminals who don’t care who they shoot. Now I’m leaving here to go to that scene. And I take it personally, OK?

"We’re going up there and there's a bunch of cops processing a scene of a dead kid, and they're the ones who are going to be out there patrolling and stopping suspects that may have guns under the front seats. They’re the ones that are going to take the risks to their lives to try to clean this thing up. We’re responsible for the things we get wrong and we take action. We’ve arrested cops, we’ve fired cops and so on. But the fact is that the people out here — some of them — who had the most to say are absolutely MIA when it comes to the true threats facing this community and it gets a little tiresome when we start getting yelled at for reading the updates of the kid that gets shot. Yeah, you take it personal, OK? Now no offense, but I’m going up there now.”

Flynn retired in February 2018 after a decade in charge of the Milwaukee Police Department.

Floyd, a 46-year-old out-of-work bouncer, died May 25 after a white police officer, Derek Chauvin, put his knee on Floyd’s neck for several minutes as he lay handcuffed on the pavement, gasping that he couldn’t breathe. Chauvin has been charged with murder, and he and the others could get up to 40 years in prison.

Nationwide, more than 10,000 people have been arrested, an Associated Press tally found. More than a dozen deaths have been reported, though the circumstances in many cases are still being sorted out.