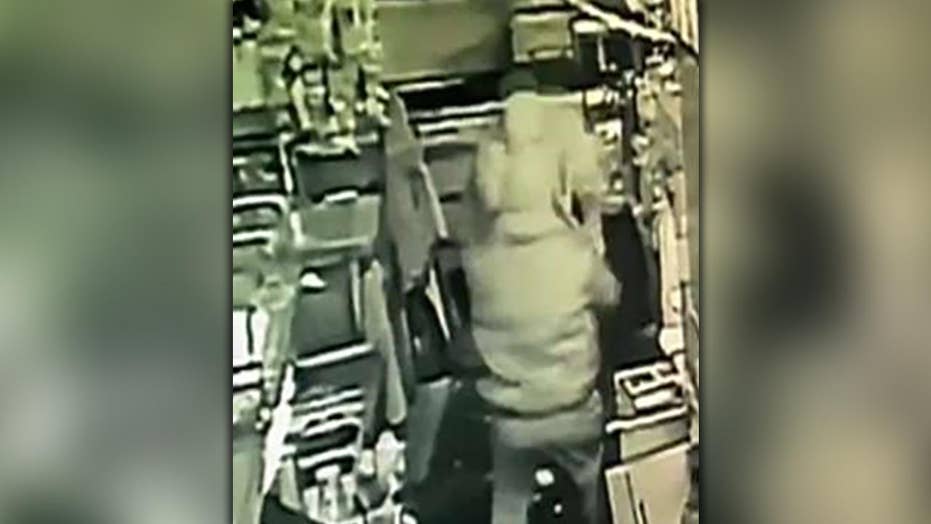 A retired Marine Corps combat veteran helped thwart a robbery in Pennsylvania on Tuesday after he tackled a person pointing a gun at him, police said.

The Altoona Police Department said the incident happened around 1 a.m. at Ajay's Bar, when a hooded man or woman walked in and demanded cash.

The bartender, who was not identified, can be seen on surveillance videos released by the department taking money out of the cash register as the gun-wielding bar patron stands near him.

The bartender starts to hand cash over then suddenly tackles the person.

During the struggle, police said a shot was fired, but neither of the two was struck by the bullet.

The would-be robber then fled the bar, leaving a blood trail to the backyard of a home down the road before eventually getting away.

The would-be robber is described by police as a light-skinned black male or female with "apparent facial and head injuries" after being struck by the weapon.

The gun used in the attempted robbery was recovered at the scene. Police told WJAC-TV the weapon was reported stolen several months ago.